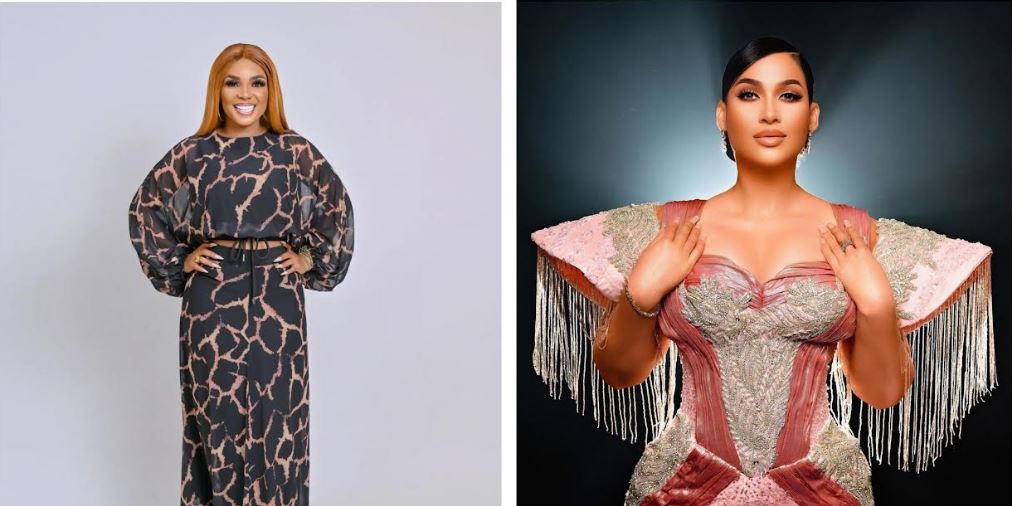 Iyabo Ojo and Caroline Danjuma, both Nollywood actresses and costars of the Real Housewives of Lagos reality show resumed their feud on social media.

The latest altercation comes just a few weeks after the two engaged in a heated Instagram feud.

Iyabo wrote: “Never have I seen an old crocodile believe in her own lies. An old woman calling her mate old because she believes in her head she is 10 years younger. @HrmCarolyna, you are delusional.”

She also referred to her fellow worker as a “mummy” who is “hungry for a mean girls click.”

“Dear Iyabo Ojo, the widows mite offering from apostles church is affecting you mentally. Your mental battle is with God. Chioma ass wipes, kisses you want clout, now you have it mummy,” she wrote.

“When you are desperate for a mean girls click, you will cook up anything to recruit them (old crocodile).

“If I have anything mean to say to you, trust me it will be straight from my mouth. As a one-man squad, zero fffs was given from here.”

MUST READ:  2baba And Three Others Visit Sound Sultan's Grave In The US(Video)

Dear Iyabo Ojo .. the widows mite offering from apostles church is affecting you mentally .. your mental battle is with God .. chiomas ass wipes .. @IYSexxy . Kisses .. you want clout , now you have it mummy 😘

Iyabo hit back at Caroline in the comment section of the tweet, calling her an “old girl”.

She also advised her to “accept your age” and have her “brain checked.”

Caroline recently celebrated her 35th birthday, but some Netizens argued that she is 42.

“You tweeted first dear, you’re the one who needs clouts. You’re old girl so stop calling your mate old, embrace your age and don’t forget you are still collecting offerings so it’s you that needs your brain checked,” she wrote.

“Thank God I did that podcast with Chioma, just finish watching the reunion part2 & I can see a lot I said was edited & removed @ShowmaxNG.

“I walked in on Chioma & Caro’s initial argument in d room in Dubai, no one needed to tell me anything & Caro’s fake gift was returned.

“We are both mummies my dear, before you call your mate old, learn to accept reality. Leave Chioma out of this face me one on one. Chioma is not your mate agbaya.”

Yul Edochie First Wife, May Is An Epitome Of Elegance As She Slays In A Floral Gown