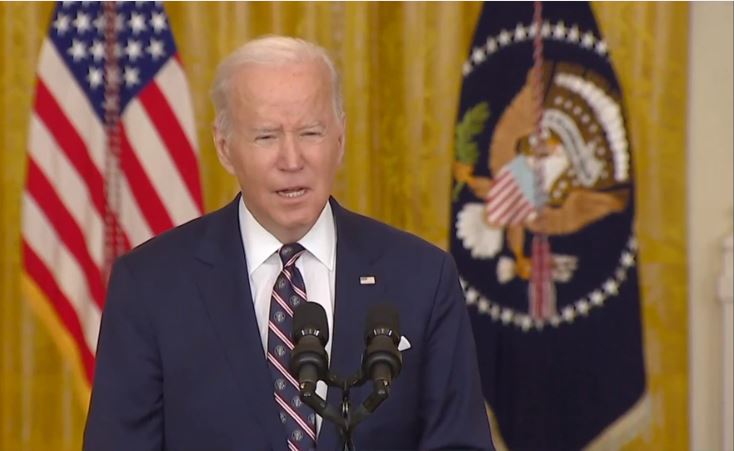 The United States has come hard on Russia with consequential sanctions over what President Joe Biden termed “the beginning of a Russian invasion of Ukraine”.

Joe Biden impose new sanctions on Russia, the US President affirmed with this statement: “We’ve cut off Russia’s government from Western financing,”.

Russia has recognized the areas as independent, which Ukraine sees as an affront to its sovereignty.

The action is mainly seen as a pretext for a larger invasion by Western nations. Mr Putin sent troops into the rebel Donetsk and Luhansk regions on Monday to “maintain the peace,” a term the US dismissed as “nonsense.”

According to US space technology company Maxar, satellite footage over the previous 24 hours has revealed multiple new military and equipment deployments in western Russia, as well as more than 100 vehicles at an airfield in Belarus near Ukraine’s border.

Russia’s military has remained silent, and it is unclear whether Russian forces have been dispatched to eastern Ukraine. 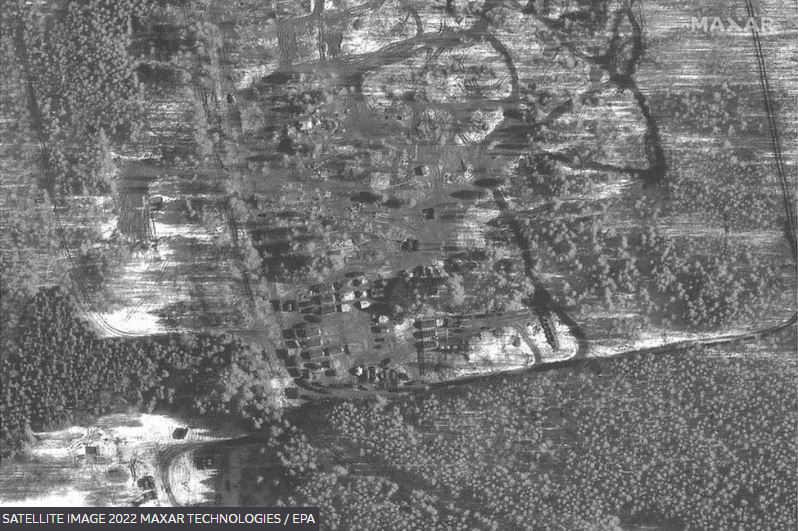 “To put it simply, Russia just proclaimed that it is carving out a huge portion of Ukraine,” Mr Joe Biden said on Tuesday, announcing his “first tranche” of sanctions directly targeting the Russian state.

Sanctions on Russia’s foreign debt are among the measures, which means the country will no longer be able to raise funds for its government from Western financial institutions.

The high-ranking “elites” from Russia were not spared by the United States, they were punished also.

President Joe Biden says “They share the corrupt gains of the Kremlin policies, and should share in the pain as well,”

The United States had proscribed American companies from dealing with the rebel-held Ukrainian regions of Donetsk and Luhansk – but few companies do.

The United Kingdom and European Union also set forth a wave of sanctions against Russian banks and individuals earlier on Tuesday.

In the thick of recent developments are:

None of the measures was as severe as those threatened in the event of a full-scale invasion of Ukraine, but both United States and European officials stated that if the situation worsened, additional action would be taken.

According to a US official, the US is transferring troops into Nato member states Estonia, Latvia, and Lithuania, which are on or near Russia’s border.

Some 800 infantry troops, as well as a handful of F-35 fighter jets and 20 attack helicopters, are being redeployed from Italy, with some of them going to Poland.

Diplomatic efforts to resolve the Ukraine problem have so far failed, and in Russia, the situation is even worse on Tuesday President Putin said the Minsk agreements – the peace deals aimed at averting years-long conflict in eastern Ukraine – “do not exist”.

The agreements “were killed long before yesterday’s recognition of the people’s republics of Donbas,” he said, using the administrative name for the two regions of eastern Ukraine. “And not by us, not by representatives of these republics, but by the current Kyiv authorities.”

Following Mr Joe Biden’s address, US Secretary of State Antony Blinken said that a planned Thursday meeting with his Russian counterpart had been cancelled.

“Now that we see the invasion is beginning and Russia has made clear its wholesale rejection of diplomacy, it does not make sense to go forward with that meeting at this time,” he said.

But he added that the US would engage with Russia if it changed its approach.

Ukraine’s President, Volodymyr Zelensky, has previously stated that due to the issue, he would consider breaking all diplomatic ties with Russia.

He said he was calling up military reserve soldiers for training in an evening address to the nation, but that Ukraine would still pursue a diplomatic settlement.

There was “no need” for a full military mobilisation, Mr Zelensky said.

Since the conflict erupted in eastern Ukraine in 2014, Russian-backed separatists have taken vast swaths of land. Since then, an estimated 14,000 people have died, many of them civilians.