Judy Austin replace her middle name,'Moghalu' with Yul Edochie in a daring move

Nollywood actress, movie producer and brand influencer, Judy Austin is not relenting in cementing her position in Yul Edochie’s home following her recent move to address herself as Judy Austin Yul Edochie.

Judy who was introduced by Yul Edochie as his second wife months ago has been keeping her middle name ‘Moghalu’ but that has changed.

MUST READ:  "Men Will Use Either Money or Relationship To Have Sex With You"-Janemena Slammed Tonto,She Hit Back

Enomaomoruyi entertainment can confirm that her official Instagram page Bio now has Yul Edochie as the middle name with ‘Moghalu’ taken out.

Recall that May Yul Edochie, the first wife said in a lengthy post that she will not be cajoled into polygamy nor will she be numbered as a wife, with this new move from Judy the last certainly has not been heard from Yul’s family.

Here’s a screenshot below 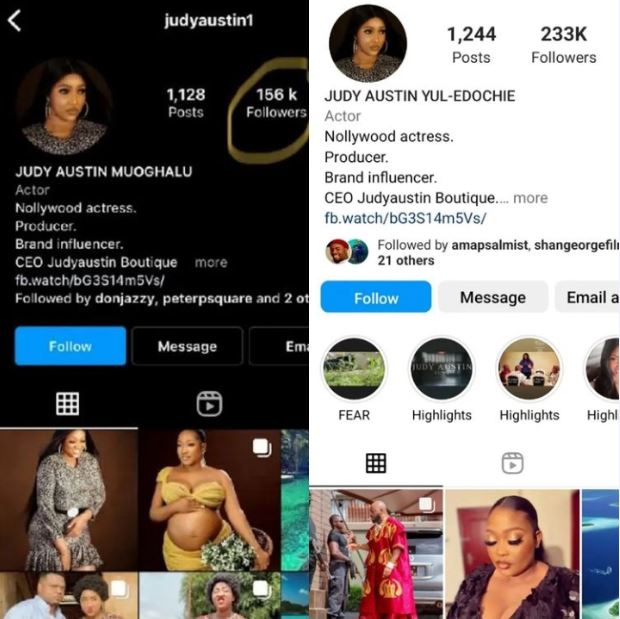