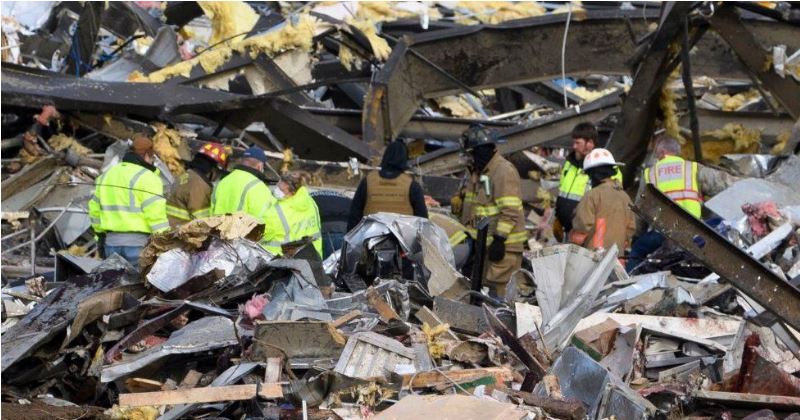 A frantic search for survivors is underway in parts of six United states left in ruins by powerful tornadoes that have left at least 94 people dead.

Kentucky, the worst-affected state, has been designated a disaster by President Joe Biden.

At least 80 people have died in the state, with dozens more anticipated to perish in a candle factory.

The death toll was rising “with every hour,” Kentucky Lieutenant Governor Jacqueline Coleman said to the media.

“All of these numbers are still unfolding…,” she explained. “Our emergency response teams are still evaluating the damage, knocking on doors, and reaching out to those who are attempting to contact us to check if they are still alive.”

Working with rescuers in the devastated hamlet of Mayfield, local congressman James Comer said the tornado there was the widest ever seen.

“It’s the most severe storm devastation I’ve ever seen in my life. We’ve had tornadoes that were the same length as this one, but none that were as wide as this one “he stated

Forty people have been rescued from the collapsed candle factory in Mayfield, but another 60 are still missing, according to Kentucky Governor Andy Beshear, who has visited the scene.

Since Saturday, he said, no one had been found alive.

“There is at least 15 feet of metal with automobiles on top of it, as well as drums of caustic chemicals. If anyone else is found alive in it, it will be a miracle “he stated

From beneath the rubble, one candle factory employee issued a frantic call for aid on Facebook, while coworkers moaned in the background.

“We’re stranded; please, y’all, get us some help,” Kyanna Parsons-Perez, who was rescued later, begged on the CNN broadcast.

Ivy Williams was on the phone with his wife, who worked a night shift at the factory when the conversation went out, he told the Washington Post. He claimed he hadn’t heard from her in a long time.

“I need people to help me find my wife, and to be honest with me, and to tell me as soon as possible,” he told the newspaper as he waited outside a counselling centre, in tears.

“The sirens appeared out of nowhere, and our ears exploded not long after. It felt as if the strain had been relieved. Then it felt as though our house was about to vanish, to be taken away “he stated

“It appears that a bomb has gone off. I’m not sure how anyone could have survived. I’m sorry for everybody who didn’t make it or who got trapped. I’m sure that was a scary experience.”

MAYFIELD IS A DESERTED TOWN…

Driving into Mayfield as the sun rose was like entering a catastrophe movie. There’s simply not much left of the town.

Toys, shoes, and an unfinished Christmas card lie among the twisted metal sheeting and torn trees, burying flattened dwellings in mountains of their own detritus.

Deeneen Moss, who lives just outside of town, is searching for her cousin. It’s a deserted town.

“Everybody’s phone is dead, and I got up so early because I couldn’t sleep since I was anxious. I came to see if he was still around.”

She adds she’s not sure she’ll recognize the house as she drives down the road.

“It’s a horrible situation. I’ve seen tornadoes before, but nothing like this has ever happened to me.” 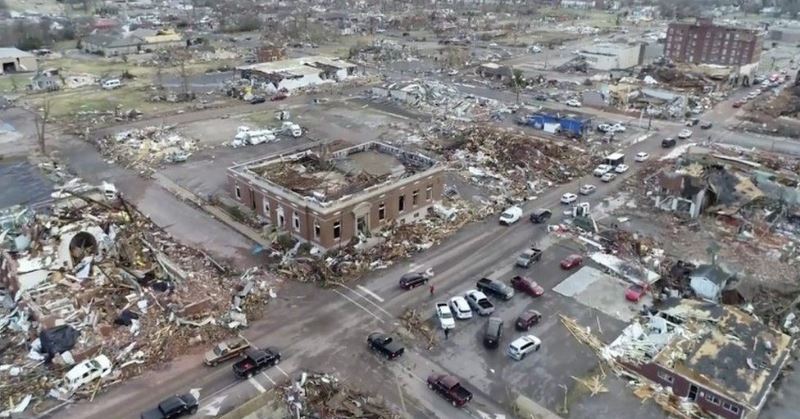 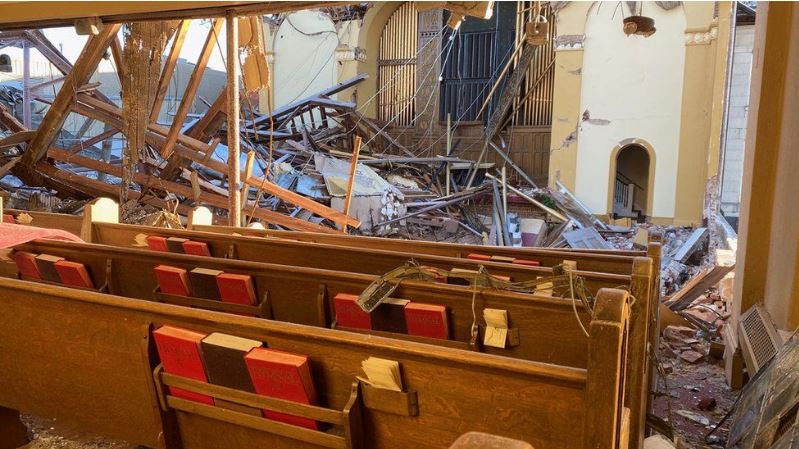 Mr Beshear said the tornado wreaked havoc on towns all along its 227-mile (365-kilometre) route, including Dawson Springs.

“There’s no house standing one block from my grandparents’ house, and we have no idea where all those folks are,” he said.

Six people were killed when an Amazon warehouse in Edwardsville, Illinois, was destroyed by tornadoes. At least 45 individuals were rescued safely, according to police, but there was little hope of finding more.

MUST READ:  Protesters in Sudan blocked road leading to Egypt for 9th day

Amazon announced a $1 million (£0.76 million) donation to a local community foundation, as well as “reaching out to victims’ relatives” for assistance. 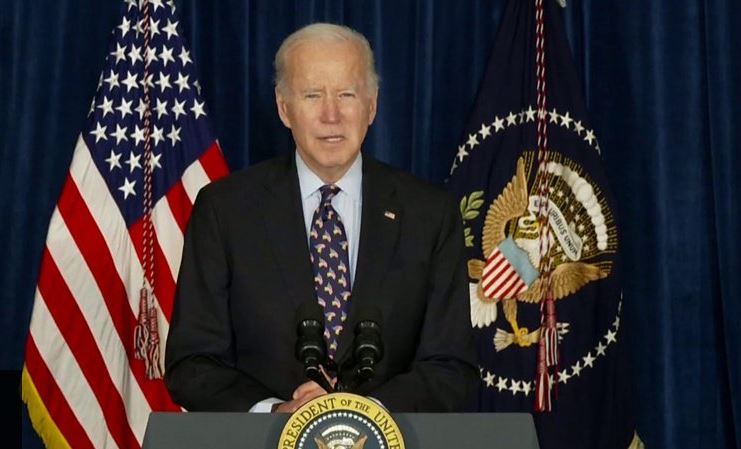 President Joe Biden has signed a Federal Emergency Disaster Declaration, which will allow Kentucky to receive cash. He called the deaths caused by the tornadoes a “tragedy.”

According to local officials, four persons were killed in Tennessee. In Arkansas, two individuals were murdered, one of them was in a nursing facility that had partially fallen. In Missouri, one death has been confirmed.

The recent storms’ severity has sparked discussion about how much they have been influenced by climate change, however, President Joe Biden has stated that the exact impact is still unknown.

“Everything, everything,” he added, “is more intense when the environment is

In the United States, the longest tornado ever recorded was a 219-mile storm in Missouri in March 1925, which killed 695 people.

Such large-scale events, on the other hand, are extremely rare outside of the spring and summer months. 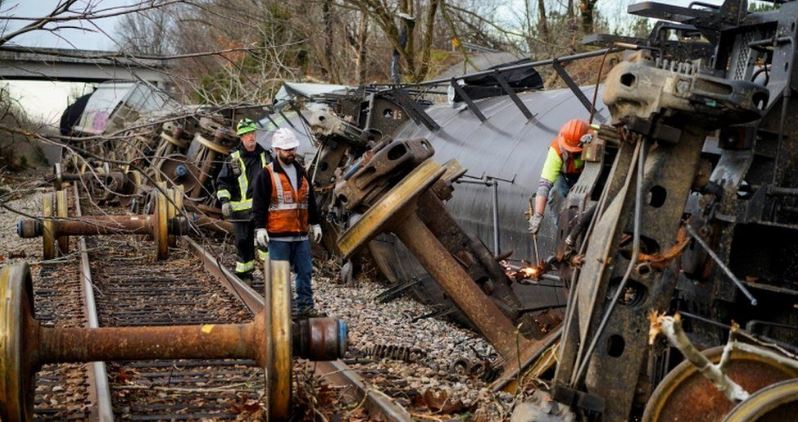