A simple majority was required for the final confirmation vote.

The United States of America Senate has confirmed President Joe Biden’s Supreme Court nominee, Ketanji Jackson in a monumental vote that paves the way for her to become the nation’s first Black woman to serve on the nation’s highest court.

A simple majority was required for the final confirmation vote. 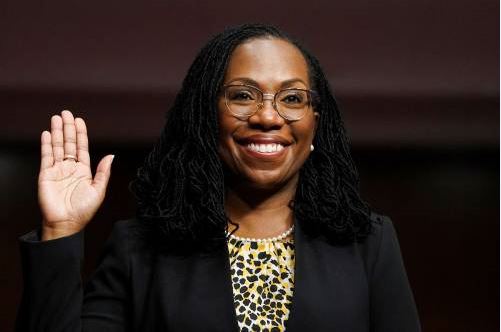 The vote was 53 to 47, with Democrats joined by Senators Susan Collins of Maine, Mitt Romney of Utah, and Lisa Murkowski of Alaska in support of Jackson.

According to CNN, Kamala Harris, the first Black woman to serve as Vice President, presided over the Senate during the historic vote in her capacity as Senate President.
Democratic senators could be seen clapping and giving a standing ovation after the gavel was struck down.

Ketanji Brown Jackson’s confirmation will have no effect on the court’s ideological balance.

However, the confirmation marks an important historical milestone for the Supreme Court and the federal judiciary.

It also represents a bipartisan victory for Democrats, as well as a way for the President to fulfil a campaign promise at a time when the United States faces a number of domestic and international challenges, including soaring inflation and the Ukraine crisis.

MUST READ:  Lexus has released new images of its next electrified sports car
Related Topics:featured
Up Next

Buhari refused Lie Detectors given by United States,claiming they would not work on Nigerians-Wole Soyinka