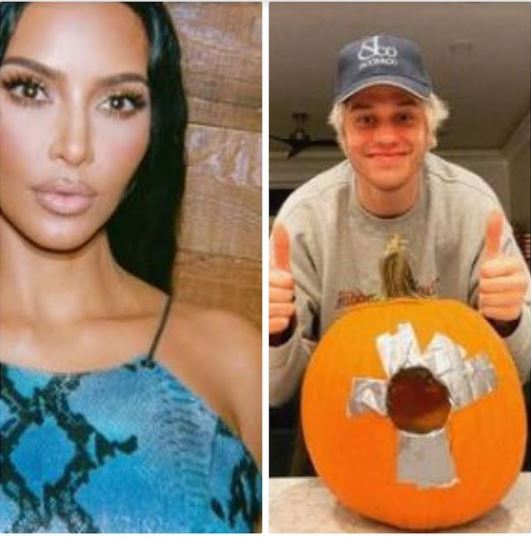 It’s been confirmed! A month after their first kiss on national television, Kim Kardashian and  Pete Davidson are courting.

The news of Kim and Pete’s relationship comes only one day after they made their love public on Instagram for his 28th birthday. On Pete’s birthday, November 17, 2021, the two appeared for a selfie in matching Skims pyjamas.

Kim Kardashian and Pete Davidson are officially courting less than a year after she filed for divorce from her estranged husband, Kanye West.

In October 2021, Kim Kardashian and Pete Davidson were first linked after being photographed holding hands at Knott’s Scary Farm in California.

Pete is a cast member of Saturday Night Live, and the two kissed in a sketch there less than a month ago. (Kim was the episode’s guest host.)

Kanye was “totally fine” with the sketch, according to sources. It’s understood that  Kim told Kanye about the kiss beforehand.

“Kanye isn’t bothered at all by Kim kissing Pete Davidson,” the source claimed. “Before the show, she informed him about it, and he thought it was incredibly amusing.”

The rumours about Kim and Pete intensified in November 2021, when they were seen on back-to-back dates in Pete’s homeland of New York City. “Pete set up a private dinner on the roof. Their date at Campania on Staten Island was “just the two of them,” a source informed Page Six at the time. “They were able to sneak in and out discreetly”

Though Kanye said he was “ok” with Kim’s SNL sketch with Pete, a source told HollywoodLife at the time that he wasn’t so keen on watching her hold hands with another man. “Kanye was irritated by Kim holding hands with Pete, and he didn’t like it at all,” the source claimed.

MUST READ:  Reason For Shakira And Pique Split Brought To Light