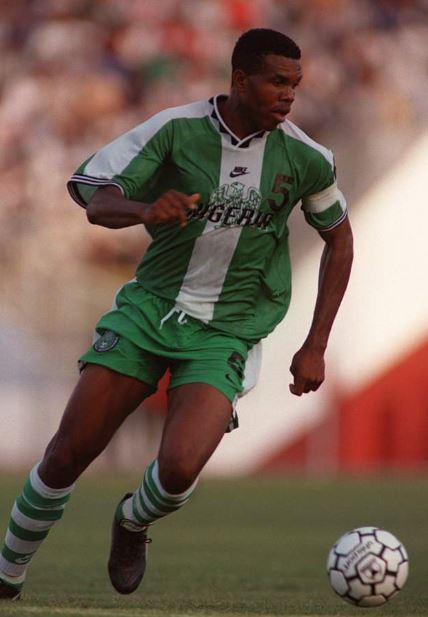 Kingsley Obiekwu was part of the triumphant Dream Team at the 1996 Olympics, which won gold. Ex-footballer Kingsley Obiekwu told the BBC that he had to become a commercial bus driver to support his family twenty-five years after winning gold for Nigeria at the Olympics.

When the 47-year-old was observed driving a bus in the eastern city of Enugu this week, his story went viral, prompting national football captain Ahmed Musa to send him $5,000 (£3,600) to assist him.

Failure to complete his education as a young man, according to Obiekwu, resulted in squandered opportunities.

“After I retired from football in 2004 and finish my coaching course in the UK, I return to Nigeria in 2008, but no Premier League Club accepted me, they said I was not widely known as a coach.

“A friend of mine offered me the opportunity to coach in his grassroots football academy and since then I have been in and out of jobs.

“I earn 50,000 nairas [$120] in my current job as a coach with an amateur football club, [but] I have a family with four of my children in the university, the pay is not enough.

“Instead of folding my hands and complaining, I decided to become a commercial bus driver to get small money to support my family.”

Kingsley Obiekwu said he was very grateful to Musa for his gift: “I am honoured that Super Eagles Captain Ahmed Musa and other Nigerians home and abroad came to support me this period they remembered their heroes.”

MUST READ:  Putin changes law on leased planes in order to elude sanctions

Ahmed Musa told the BBC he understood Kingsley Obiekwu’s plight as he had struggled to eat while growing up.

He advised young footballers to invest while they are playing active football in preparation for retirement.

“Young footballers should learn from our old ex-players, the situation they are now is because they did not invest.

“Forget about big cars, lifestyle, designer wears, when you retire that is when life starts.”