Kurt Zouma’s two pet cats have been taken away by the RSPCA after videos of him kicking one of them surfaced. 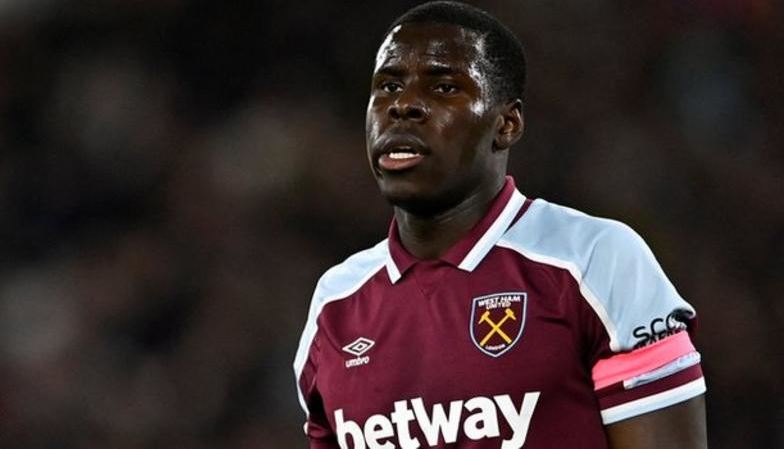 The RSPCA has taken West Ham defender Kurt Zouma’s pet cats away after videos of him kicking and smacking one of them surfaced on social media.

Kurt Zouma pets taken away: The incident is being investigated by the Royal Society for the Prevention of Cruelty to Animals, which is in contact with Essex Police.

A charity spokesperson disclosed that “The two cats are now in RSPCA care,”

Westham United said they have fined Kurt Zouma “the maximum amount possible” and the fee will be donated to animal welfare charities.

German sportswear firm Adidas disclosed on Wednesday it had ended its deal with the 27-year-old.

“We have concluded our investigation and can confirm Kurt Zouma is no longer an Adidas-contracted athlete,” said the company.

Furthermore, on Wednesday West Ham sponsor Experience Kissimmee said “due to recent events” it would end its deal with the club.

More than 150,000 people have signed an online petition demanding that Zouma be charged, and Vitality, one of West Ham’s sponsors, has halted its partnership with the team.

Westham United said Kurt Zouma: “willingly complied with the steps taken in the initial stage of the process, including delivering his family’s two cats to the RSPCA for assessment”.

The RSPCA spokesperson added: “Our priority is and has always been the wellbeing of these cats.

“They’ve been taken for a check-up at a vet and then will remain in our care while the investigation continues.

“We’re grateful to everyone who expressed their concern for these cats. We were dealing with this issue before the video went viral online and are leading the investigation.

“We continue to investigate so we cannot comment further at this time.”

Westham United statement said the fine, which Kurt Zouma immediately accepted, was “separate to the RSPCA’s investigation and pending further sanction once the outcome of that process is determined”.

They added: “Kurt is extremely remorseful and, like everyone at the club, fully understands the depth of feeling surrounding the incident and the need for action to be taken.

“West Ham United would like to reiterate our condemnation of Kurt’s actions and make it clear that the matter continues to be handled with the utmost seriousness.

“However, we believe it is now important to allow the RSPCA to conduct their investigation in a fair and thorough manner and will be making no further comment at this stage.”

Westham United boss Moyes played French man Kurt Zouma in their match against Watford on Tuesday, despite the controversy, and the centre-back was booed by both sets of supporters during the game.

Vitality one of Westham United sponsors disclosed it was “distressed” by the video of Zouma and “hugely disappointed by the judgement subsequently shown by the club in response to this incident”.

MUST READ:  Mbappe dazzles as France qualify for Qatar 2022

The company added: “As such, we are suspending our sponsorship of West Ham United with immediate effect. We will now be further engaging with the club to understand what actions they will be taking to address the situation.”

The West Ham United Supporters’ Trust (WHUST) has condemned Zouma’s behaviour. According to reports, the trust believes Zouma should have been sidelined until the club’s disciplinary proceedings were completed.

“I think it was an unwise choice to make [to pick him against Watford],” said WHUST chair Sue Watson. “Kurt Zouma is a good player, I understand why he chose him but I think he shouldn’t have.

“He should have taken a moral stance and said, ‘until the internal investigations and disciplinary procedures at West Ham are completed, he won’t be picked’.

“Whether they do cast him aside – I strongly suspect they won’t – I would like to see a very rigorous re-education programme. He’s said he’s sorry, I wonder if he understands why people are so angry with him.”