Lagos commissioner of police(CP), Abiodun Alabi spoke on Channels Tv Arise program that was monitored by enomaomoruyi. He also said the majority of the riders are unlicensed and use the job to commit crimes.

Lagos state police commissioner, Abiodun Alabi, has disclosed that the majority of commercial motorcyclists, famously called Okada riders, are criminals as most of them have been caught with pistols.

Abiodun Alabi spoke on Channels Tv Arise program that was monitored by enomaomoruyi. He also said the majority of the riders are unlicensed and use the job to commit crimes. 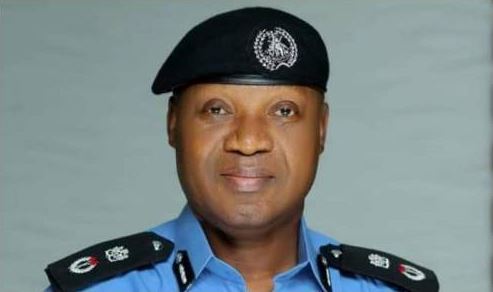 “We have arrested so many of them with locally made pistols in the course of their operations and many of them have been charged to court. But we know that they are using Okada as a kind of disguise to perpetuate their crime in many communities.

“And that’s the reason why we have been having a lot of dialogue, consultations and meetings with their union and in the course of doing that, I believe that the best way out is to get them off our roads. Most of them are masquerading as Okada riders but they are criminals.”

Alabi announced a ban on commercial motorcycle operations in the state, vowing that they will not be permitted to travel on prohibited routes.

“We are going to change our tactics and strategy and we are going to win the whole war and ensure that the war is enforced better by not allowing anybody to ply these routes. Anybody arrested will be made to face the law,” Abiodun said

Alabi opined that the 2020 #EndSARS protests led to police officers’ lax attitude, allowing Okada riders back into areas where they had been banned.

“I believe what is going to be different is the officers will do the bold work to enforce the law and ensure that the Okada riders don’t ply the roads where they have been prohibited.

“I remember vividly that those Okadas plying those routes were not allowed previously but along the line after the #EndSARS saga, there was a kind of lackadaisical attitude on the part of the police officers in Lagos because they were not actually encouraged since they were at the centre of the crisis.

“That is the reason why they got back in and the rule was not enforced,” he said.

Alabi stated that the police force is capable of enforcing laws without turning them into a cash cow and that other security agents will work with the police to ensure that the law is followed.

He claimed that in the last three days, 215 motorcycles had been impounded and 35 defaulters had been arrested along the Lekki-Ajah axis.

He also stated that erring passengers and motorcyclists will be prosecuted immediately in order to avoid cell congestion.

Lagos has a history of prohibiting commercial motorcyclists without success.

The Bola Tinubu government announced a restriction on Okada riders’ operating hours in 2006, prohibiting them from operating between 7 p.m. and 6 a.m. every day.

Under the Babatunde Fashola administration, the Lagos State Government banned commercial motorcycle operations in the state’s Ikeja axis in 2012.

Following the ban, the police were directed to arrest any rider found operating on major roads in Ikeja.

In addition, the Lagos State Government announced a ban on Okada activities on major highways, bridges, and roads in 2017 under Akinwunmi Ambode’s administration.

It listed hundreds of routes where motorcycles and tricycles (also known as Okada and Keke) were prohibited.

The list included major highways, bridges, and other infrastructure in Lagos.

The government also prohibited Okada and tricycles from operating on 40 bridges and flyovers throughout the state.

At the time, bike-hailing services such as Max, Gokada, and Opay were available on major highways throughout the state. These were also later banned as a result of the Okada ban. Dispatch riders, food delivery riders, and other logistics players such as GIG logistics, Domino’s Pizza, and Max Delivery, on the other hand, were allowed to continue operating.

The Lagos State Task Force seized several motorbikes and tricycles after these bans were announced.

However, enforcement was usually brief because many motorcycles and tricycles returned to previously restricted areas, particularly highways, as demand for them increased.