Leaked audio: Alexx Ekubo tells Fancy they aren't back together

Leaked audio: Alexx Ekubo tells Fancy they aren’t back together 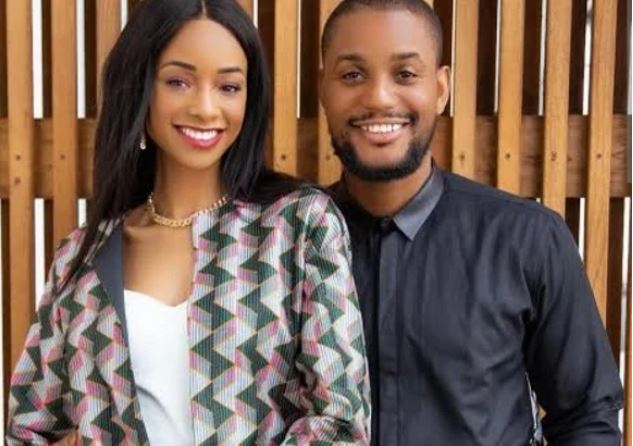 A leaked audio recording conversation between Fancy Acholonu and Alexx Ekubo about her apology post has surfaced online.

Since she apologized to the movie star in December for postponing their wedding in 2021, Acholonu has made headlines.

Social media users have continued to respond to the apologetic post with enthusiasm. Additionally, it has prompted multiple outbursts from Fancy.

The two were overheard on the now-viral tape debating how to handle the issue surrounding the apologetic post.

In the clip, Ekubo praised Fancy for having the guts to apologize.

He also told her that the post does not “guarantee that we’re coming back in the relationship”.

“A lot is happening and there are so many people fighting on our behalf…just like l said in the beginning, I said this is not a post to guarantee that we’re coming back in the relationship but that if we want to talk and be cordial to each other, this is the first step to righting the wrong…,” Ekubo said.

“I’ve asked myself after this post, what am I going to say or write in this tense atmosphere that will not turn into another roller-coaster again, you know that you and I are not there… we’re not back in a relationship for me to come out and say oh, I still love you too Fancy.

“Because that would be a clear position that this is what we’re doing and to hell with anybody… there are three things in this whole scenario… it’s either I come out to say I love you too — which isn’t true — or I come out to bash you, which will never happen on my part. The third one will be a lukewarm answer which will neither be here nor there. That’s why when you asked me, I told you to tell me what you want me to say or write.

MUST READ:  Phyna, Mercy Johnson, and other Nigerian celebrities celebrate Chizzy Alichi at 29

“After your post, l called you twice and appreciated you for what you did, that it doesn’t have to end this way and that we don’t need to fight… personally, I’ve always maintained silence. What you did was necessary for the action that was taken at the time. You’ll always be my friend. This too shall pass. I’m a very careful person.”

After Fancy questioned the actor about how he felt about the apology, the two could be heard getting into a violent disagreement in another section of the audio.

“Don’t tell me there’s something you’re expecting to hear, before I make any move, I calculate everything. Yes, you showed me the post you wrote before posting it,” Ekubo said.

“Now, I’m always asking what do you want me to write under your post that will be okay for you. I’m not doing any post about this on my page, if I’m going to do any acknowledgement, it’ll be under your post. Please, I don’t want the back and forth, I’m not happy about this whole thing.”

Related Topics:naija celebrities news
Up Next

BBNaija Bella lit up the internet with new jaw-dropping photos