Ndidi to miss rest of the season because of a knee injury he suffered against Rennes. 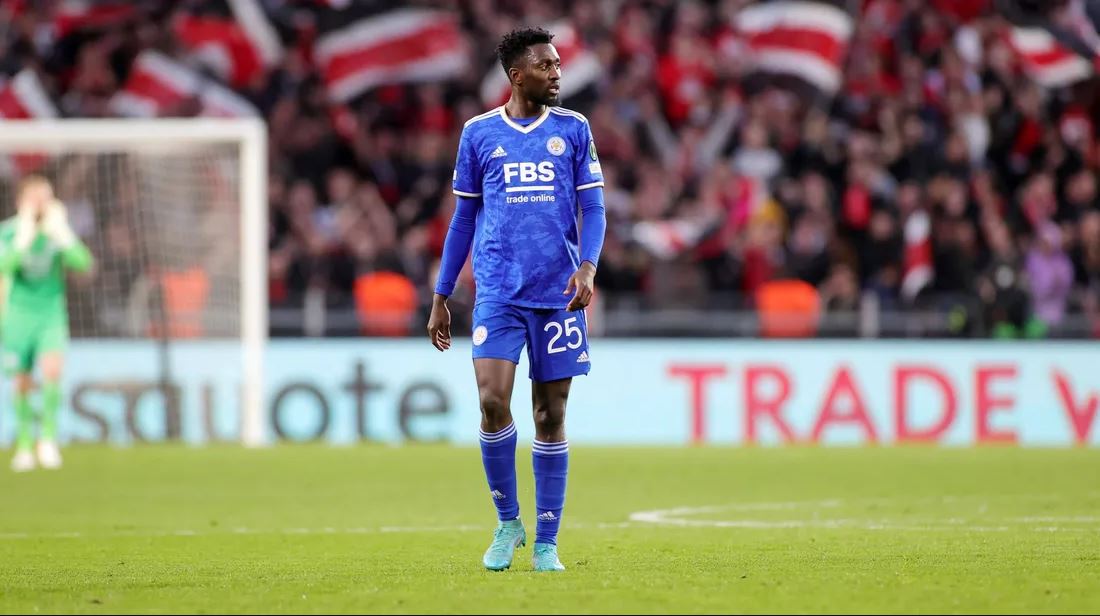 Wilfred Ndidi will miss the remainder of the 2021/2022 season, this was revealed by Leicester boss Brendan Rodgers during his pre-match conference.

After being forced off against Rennes, the midfielder underwent knee surgery.

The Nigeria international was injured during City’s UEFA Europa Conference League second leg against Rennes in mid-March and has since undergone surgery.

MUST READ:  Todd Boehly Named As New Owner Of Chelsea

Rodgers has revealed that he will not play again in 2021/22.

Rodgers statement: “Wilfred Ndidi, unfortunately, will be out for the season, it’s a shame for us but he’ll get ready for next season. It’s unfortunate. He’s been a brilliant player for me in my time here. He picked up a nasty injury that he’s had to have surgery on and he’ll recover now until June.

Ndidi could not play for his country’s (Nigeria) 2nd leg crucial World Cup qualification match against arch-rival Ghana, his presence in the midfield could have helped the Super Eagles who failed to qualify after a 1-1 draw in Abuja.