In-depth match report as Liverpool’s second-half brilliant performance saw them score three goals to book their third Uefa Champions League final berth in five years against either Real Madrid or Man City in Paris; Villarreal had cancelled out the first-leg deficit before fading in El Madrigal.

Liverpool prevails over Villareal’s first-half scare to book a third Uefa Champions League final in five seasons with a 3-2 victory at El Madrigal on the night. 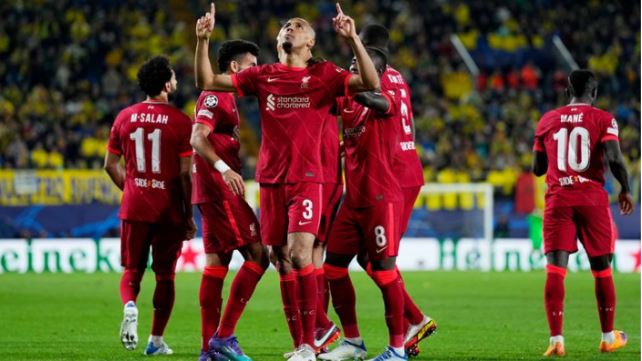 After losing the first leg 2-0, the hosts faced a monumental task, especially with Arnaut Danjuma missing, but it felt far more realistic after just three minutes. Pervis Estupián swung in a cross that Étienne Capoue nudged back across goal, and Boulaye Dia, who had never scored a UCL goal before, was on hand to finish. The Estadio de la Cerámica had turned into a cauldron of noise, with fans encouraged further when Dani Parejo struck narrowly wide and Gerard Moreno’s header was blocked by Andrew Robertson.

MUST READ:  Customs Officers Confiscate Over 1000 Harmful Bags Of Imported Rice In Ogun

Jürgen Klopp, on the other hand, cut a frustrated figure as his team struggled to assert their dominance over the game, and a stray Naby Keita pass could have resulted in a ‘Yellow Submarine’ second. Despite the hosts’ protests, Moreno played through Giovani Lo Celso, but Alisson rushed out and stopped the ball without conceding a penalty. Soon after, Francis Coquelin leapt through the air to meet Étienne Capoue’s cross, leaving Alisson rooted to the spot with his header. As Liverpool attempted to turn the tide, Luis Daz was introduced at halftime, and Trent Alexander-audacious Arnold’s attempt gave the hosts pause, deflecting off Coquelin and behind off the top of the crossbar.

Just after the hour mark, Fabinho fired a shot at Gerónimo Rulli, who fumbled his save attempt, allowing the ball to squirm through his legs. A mere five minutes after Liverpool’s first goal of the night, Daz added a second, heading Alexander-cross Arnold’s past Rulli, who once again saw the ball go through his legs. Rulli had a rush of blood to the head as he ran out of his goal in an attempt to reach Keta’s through ball, but was beaten to it by Sadio Mané, who kept his cool to slot home into the empty net.

In the 86th minute, Capoue received a second yellow card for a late tackle on Curtis Jones, ending Villarreal’s undefeated UCL record at home this season in addition to being knocked out. Meanwhile, Liverpool kept their quadruple hopes alive, and they have only lost once in 29 matches across all competitions.