In-depth match report as Liverpool beat Manchester City in a five-goal thriller to reach the FA Cup final; Sadio Mane scored twice in the first half but City fought back through Jack Grealish and Bernardo Silva to push the Reds close at Wembley 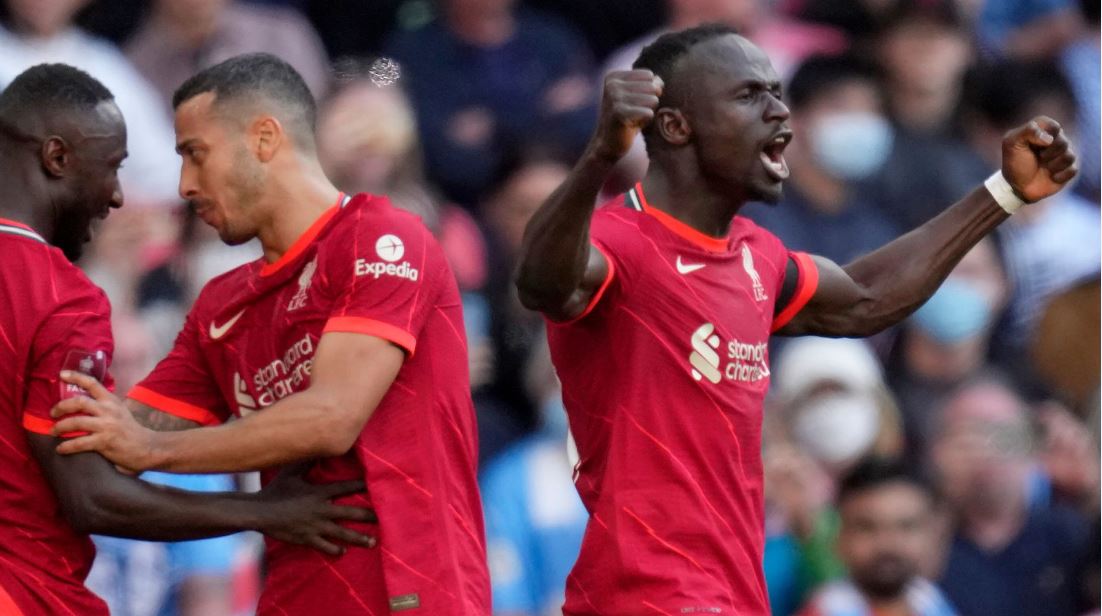 Liverpool put in an outstanding first-half performance, then fend off Manchester City’s fightback to beat their Premier League title rivals 3-2 at Wembley and marched on to the FA Cup final.

The two teams played an entertaining 2-2 draw six days ago at the Etihad Stadium in the premier league, the first half was clearly a one-sided game, as Jurgen Klopp’s team scored three goals without conceding any. Sadio Mane scored twice after Ibrahima Konate’s early header. 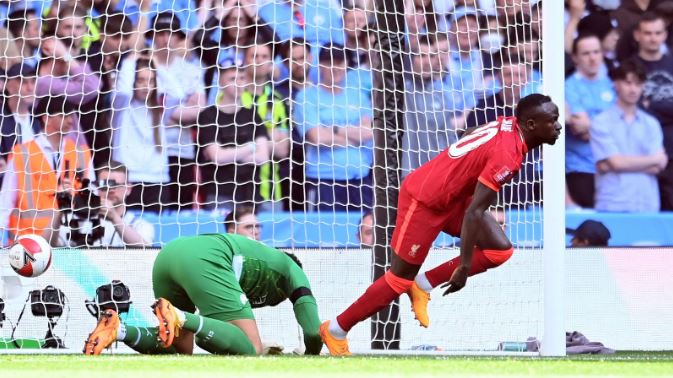 Sadio Mane grabs his second goal in the first half

City though manage to fight back after the break, reducing the score almost immediately when Jack Grealish fired home from a Gabriel Jesus pass, with Bernardo Silva then setting up a jittery finale when he slid home from close range in the last minute of normal time.

Prior to that, Liverpool was indebted to Alisson, who twice denied Gabriel Jesus, while at the other end, Zack Steffen, who was brought on in place of Ederson, was largely to blame for Mane’s first goal, when the 30-year-old charged him down, and his second, when his volley beat him at his near post.

Liverpool’s victory, exuberantly celebrated by the red-shirted fans who travelled to a sun-drenched Wembley, puts an end to City’s treble hopes while keeping their own dream of a quadruple alive after their Carabao Cup triumph earlier this season.

3 – Liverpool have reached the League Cup and FA Cup final in the same season for a third time, after 2000-01 and 2011-12. They are the first side to ever achieve this in as many as three separate seasons. Treble. pic.twitter.com/yfAK6rCuqe

Liverpool will meet either Chelsea or Crystal Palace in their first FA Cup final under Jurgen Klopp on May 14 and they will also hope this win gives them a psychological advantage over City as they head into the Premier League run-in separated by a single point at the top of the table.

How Liverpool reached their first FA Cup Final under Klopp

Manchester City had the first sight of the goal in front of a boisterous Wembley crowd when Grealish’s low effort from Joao Cancelo’s cutback was blocked, but the rest of the first half was all Liverpool.

Guardiola made seven changes from City’s Champions League match against Atletico Madrid, with Kevin De Bruyne an unused substitute and Kyle Walker unavailable, and his heavily-altered side couldn’t cope with Liverpool’s first-half intensity.

The goal came from a set-piece, as Konate rose above Nathan Ake, who was starting in central defence in place of the rested Aymeric Laporte, to head home Andrew Robertson’s corner.

Liverpool then doubled their lead in strange circumstances when Steffen dallied in possession after a John Stones backpass, allowing Mane to slide in and tackle him, bundling the ball into the net.

The American made a glaring error, and he was found wanting again for Liverpool’s third goal, when Mane’s diagonal volley from Thiago Alcantara’s chipped pass, following slick Liverpool approach play, flew into the bottom corner at his near post.

At that point, City appeared doomed, but they came out of the half-time break determined to give a better account of themselves, and they breathed new life into the game when Jesus set up Grealish for his fifth goal for the club.

The Ex Aston Villa midfielder took the goal well, but Jesus was unable to match his efficiency in front of goal, with Alisson twice denying him after breaking the Liverpool offside trap.

Mohamed Salah, who had been named on the bench against Benfica on Wednesday, then missed a golden opportunity to end the tie when he chipped wide following a poor backward header from Oleksandr Zinchenko.

Salah’s miss allowed City to stay in the game, and their second goal came when substitute Riyad Mahrez’s angled shot was saved by Alisson and fell to the onrushing Silva, who scored from inside the six-yard box.

After that, City had chances to force extra time, with Fernandinho shooting wastefully wide when unmarked in the Liverpool box and Raheem Sterling shooting straight at Alisson, but Klopp’s team held on.