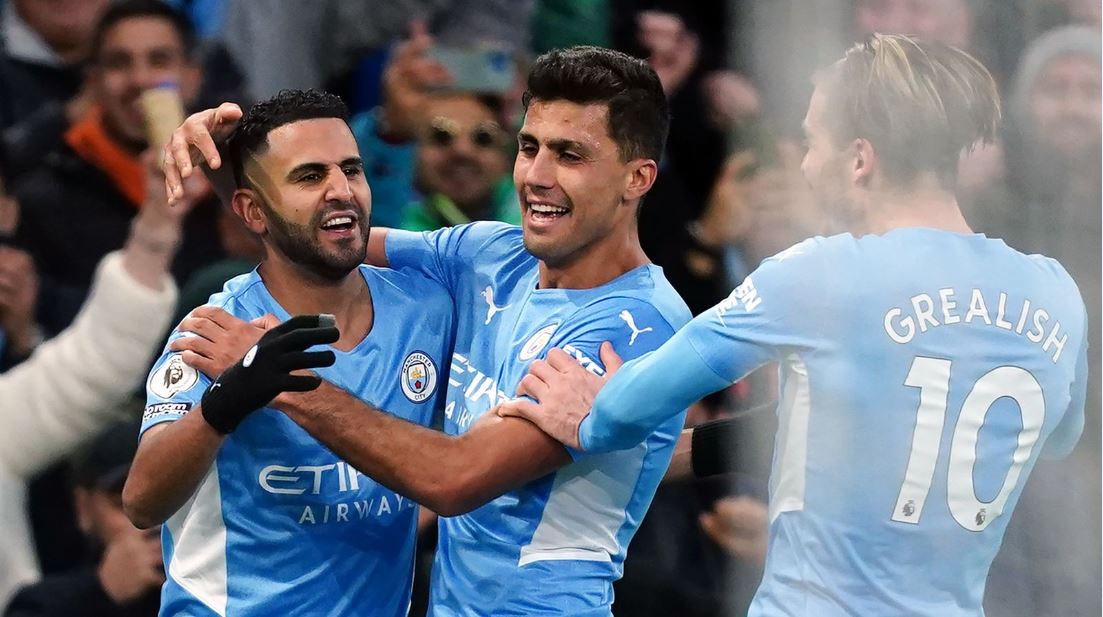 Manchester City’s masterclass was far too superior to Manchester United, the League leader maintain control of the Premier League title race and earned a first league double over their fierce rival since 2018/19 with a superb performance at Etihad Stadium.

The onus was on Manchester City, with Liverpool pursuing them down in the title battle. City, on the other hand, was not feeling it, and it was the blue moon that rose within five minutes when Bernardo Silva’s perfectly weighted cut-back was rifled home by the onrushing Kevin De Bruyne, and United faced an uphill battle against City, who had an incredible 20-0 record when scoring first this season. 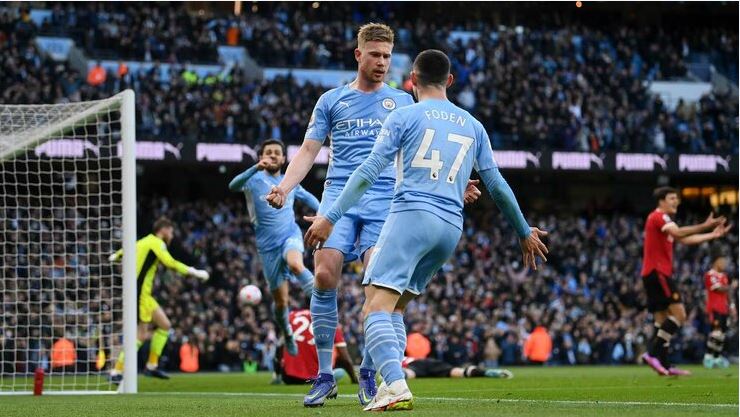 United, on the other hand, rose to the occasion and levelled the score midway through the first half. Jadon Sancho was one-on-one with Kyle Walker after a quick counter, and a drop of the shoulder sent him one way before curling a magnificent effort beyond Ederson’s frantic dive. 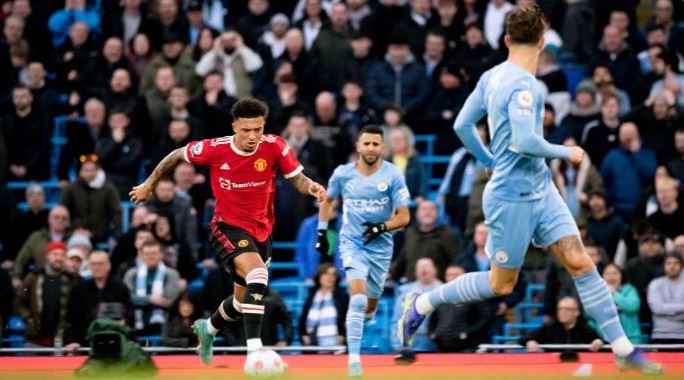 MUST READ:  BasketMouth Celebrates His Daughter's Birthday And Sent Warning That Guys Should Stay Off

After David de Gea made a brilliant save to deny Phil Foden, United couldn’t clear their lines from the rebound, and De Bruyne smashed home his second goal of the day to put City ahead at halftime. De Bruyne was on his way to becoming the first City player to score a hat-trick in a Manchester Derby in over 50 years, and he was on the verge of making history if it hadn’t been for a brilliant De Gea save from a free-kick from the Belgian.

De Bruyne did not score the third goal, but he did have a part in it by feeding Riyad Mahrez on the outskirts of the box, who scored on the half-volley to put the game out of reach of Man United.

After a lengthy VAR check, it was all about control for City, who knocked the ball around with perfect ease and closed off a thumping triumph in stoppage time through Mahrez. It’s a potential banana peel for Pep Guardiola, who has lost more home games against Manchester United than any other opponent in his career, as he seeks to manage yet another Premier League title triumph. While United’s loss, combined with Arsenal’s win this afternoon, has dropped them out of the top four, leaving them with a lot of work to do if they want to play in the Uefa Champions League next season.

MUST READ:  Foxes out of Europa League after loss at Naples

Manchester City has achieved the league double over noisy neighbours Manchester United for the fifth time, and the first time since 2018-19. City has now accomplished this feat more times than any other club in the Premier League’s history (also doing so in 2007-08, 2011-12, 2013-14).

Man United have only lost twice in the Premier League in 14 games under Ralf Rangnick (W7 D5), and this is their first loss in the top tier on the road since Ole Gunnar Solskjaer’s penultimate game in charge at Watford in November.

Pep Guardiola has only managed more victories against Arsenal (17) and Burnley (13) in his managerial career than he has against Manchester United (11), eight of which have come while at Man City (2x Barcelona, 1x Bayern Munich).

MUST READ:  Mikel Arteta react to crushing 4-0 defeat at Anfield

“They played a 4-2-4 and were very aggressive for Ralf and without Cristiano Ronaldo they can do that. They were incredibly impressive. We struggled without build-up.

“In the first half, we had more chances on the counter-attack rather than possession. When we were in their half, we played really well but the problem we had was to arrive there, to get there and to drop the opponent in their half.

“But in the second half we had more personality to play more in the lines and the movement from everyone was excellent. Every decision we made in the game was good, that’s why we won the game.”

“We played a good if not decent first half. We were competitive. Difficult to concede an early goal. We came back, scored a brilliant goal ourselves then conceded another on the counter.

It was a very difficult game against one of the best teams in the world. We conceded a fourth in the last minute of the game. It is a difficult game that shows we have a long way to go to close that gap.