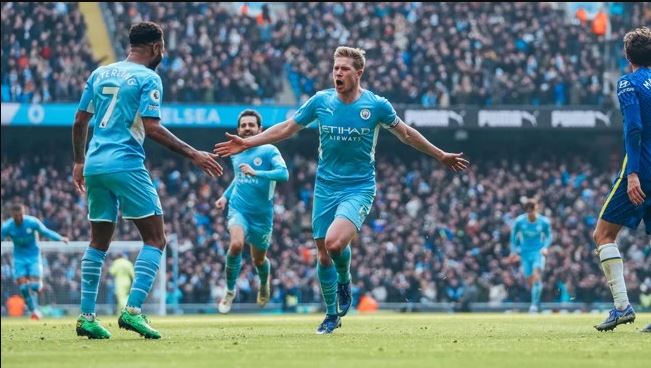 Manchester City 1-0 Chelsea: Manchester City beat Chelsea thanks to a moment of brilliance from Kevin De Bruyne, ensuring City a place at the top of the Premier League.

Match report from the Premier League clash between reigning champions Manchester City and Chelsea at the Etihad Stadium, as Kevin De Bruyne’s stunning goal puts his side in the driving seat of the title race. 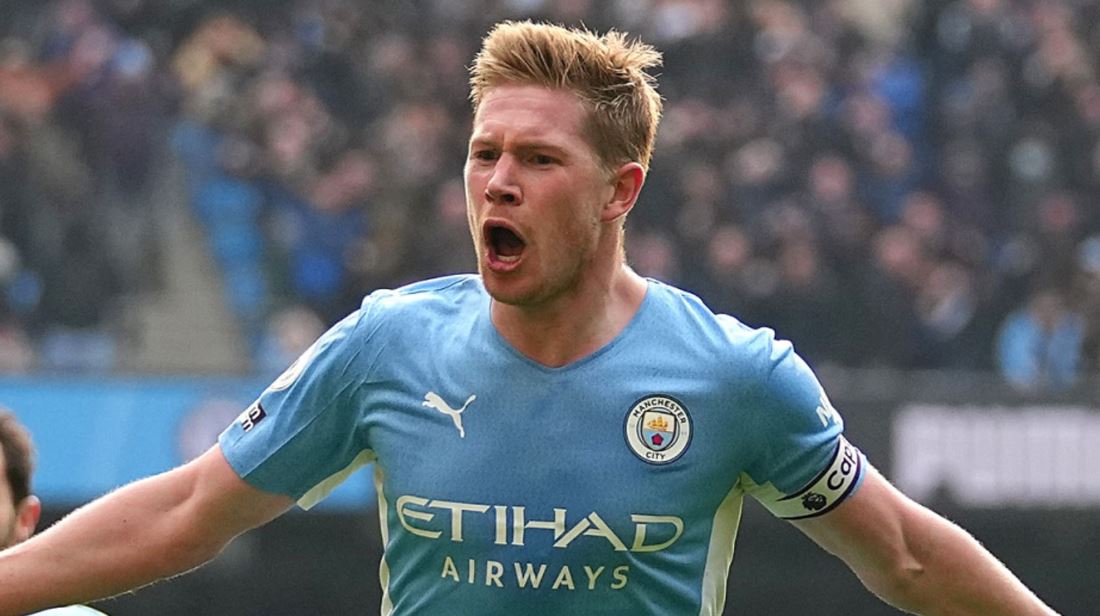 Kevin De Bruyne’s magnificent goal determined the match between the Premier League’s top two on Saturday, and seemingly the championship’s outcome, with Manchester City’s 1-0 victory against Chelsea sending them 13 points clear at the top.

Man City go 13 points clear: It was billed as Chelsea’s – and third-placed Liverpool’s – last chance to keep the defending champions in sight, but City were dominant, pinning their opponents in their own half for long periods and eventually producing the quality moment to extend their remarkable league winning streak to 12 games.

On 70 minutes, De Bruyne swerved away from N’Golo Kante and bent a superb, signature swerving shot inside the far post from 20 yards, his fifth goal against his former club.

Man City could have been ahead much before that, with Jack Grealish squandering a golden opportunity after De Bruyne had caught Mateo Kovacic in possession. Five minutes before halftime, City’s £100 million man clipped his shot straight at the onrushing Kepa, and he still has only two Premier League goals to his name since his record-breaking summer transfer.

Chelsea defended effectively but failed to score in the first half for the first time under Thomas Tuchel in the Premier League. However, they scored three goals in the first four minutes of the second half, with Romelu Lukaku forcing Ederson into a superb save from his own one-on-one opportunity.

MUST READ:  AFCON 2021-Cameroon against Burkina Faso in kick off

However, the Belgian – who had sped past John Stones in the opening minutes – was frequently denied excellent service, with Hakim Ziyech and Marcos Alonso both guilty of overhitting passes in brief periods when Chelsea seemed like they may open up the division’s finest defence.

Tuchel had spoken about not playing as deep this time after City’s win at Stamford Bridge in September, but doing so against Pep Guardiola’s slick City team that brings intensity in and out of possession is difficult.

WHAT THE RESULT MEANS

Man City have won each of their past 12 Premier League games, which is the ninth time they have done so in the Premier League and the fourth time of doing so.

City lead at the top of the table has grown to 13 points, though Liverpool can cut it to 11 points with a win over Brentford, leapfrogging Chelsea into second place.

MUST READ:  Mbappe dazzles as France qualify for Qatar 2022

Man City boss Pep Guardiola said: “The team were incredible, brilliant,” he told BT Sport. “The way we played, everything we have done… We cannot forget the team we played against; they are European champions. When you are there on the touchline you realise how incredible they are. You try to find spaces, but they’re not there.”

He continued in his press conference: “I know how difficult they are, how well they defend and how well we played. They defended collectively amazing and we beat them on one transition.

“All players gave everything. Important victory because we’re playing against a big contender.”

He continued when discussing the distance at the top and the importance of defeating a title rival: “When you get three points they can’t get three points and it’s one week less. But in January no one is champion.

Liverpool has a game in hand [after Sunday’s match against Brentford]. If they win against Leeds it’s eight points and eight points in January is nothing.

“The players will keep their feet on the ground. I know them. We’ve been together six seasons. I know the competitors they are and how they celebrate the good moments, suffer the bad ones and how we behave in all these games this year.

“Of course, people are going to say ‘it’s over but they know it’s not over. In January that’s impossible. But 12 games in a row, winning, winning, winning. But there’s not just the Premier League, there’s the Champions League, the FA Cup, many titles still.

“But from 180 minutes against the European champions, we conceded one shot on target.”

Chelsea boss Thomas Tuchel said: “The result is disappointing, yes, but this can happen when you play at City. I think we deserved a draw, we defended very well, didn’t concede many big chances. There was one in the first half from a big mistake from us,” he told BT Sport.

“Performance-wise was OK. Commitment-wise I’m absolutely OK with the performance, especially given we had to change our back three. We deserved a draw, it would have been a fair result, but we don’t have it. We have won games like this against City, that’s the way it is.

“We had eight or nine offensive transitions [in the first half] and zero touches in the box. That was a big problem today, offensive-wise, the performance of the front players. That was down to a lack of precision, timing, and composure. At a level like this, we lost too many balls too easily.

“[Was Lukaku getting enough service?] Sometimes he needs to do the service. He’s included, he had many ball losses without any pressure and in very promising circumstances. He had a huge chance. He is included, we want to serve him but he is part of the team.

“The performance upfront, we can do much, much better and we need to do better.

“[Is the title race over?] It is not my question to answer. We will never give up, but if City keeps on winning every game, nobody can catch them.”

Manchester City will play Southampton on Saturday, with kick-off at 5.30 p.m. Chelsea travels to Brighton on Tuesday night for an 8 p.m. kickoff.

STALEMATE AT THE BRIDGE