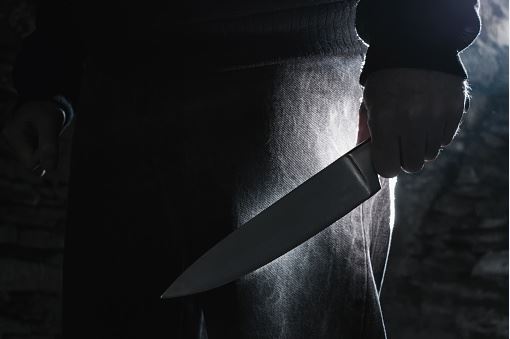 A man killed his wife after storming the nightclub where she worked.

When the incident occurred, Veronicah Wanjiru had just arrived at the entertainment establishment to begin her shift.

After murdering his wife, he attempted suicide.

According to Kenya’s Directorate of Criminal Investigations (DCI), the man stormed Club 8, where his wife worked as a cleaner, and assaulted her following a domestic dispute.

MUST READ:  THE FG WOULD BORROW N5.62 TRN TO COVER THE DEFICIT IN THE 2022 BUDGET-FINANCE MINISTER

When the incident occurred, Veronicah Wanjiru had just arrived at the entertainment establishment to begin her shift.

The club owner, Elizabeth Wanjiru, told the detectives that Veronicah was cleaning the premises when her husband walked in and begged her to settle a dispute they had the night before.

Veronicah, on the other hand, refused to give in to his demand after he repeatedly asked her to return him.

When the suspect realized his wife was no longer interested in him, he reached for a vegetable knife hidden in his pockets and stabbed her in the neck several times, killing her on the spot.

“He then turned the knife to himself and in a powerful thrust immersed it in his ribs in a bid to take away his life.”

The suspect whose identity is yet to be revealed survived the self-inflicted injury, was rushed to Maai-mahiu hospital in critical condition.

The suspect will be arraigned in court to face murder charges once he recovers. DCI added;

“Detectives based at Naivasha have taken up the matter and are looking forward to the suspect’s recovery before charging him with murder contrary to Section 203 as read with Section 204 of the Penal Code.”

Just in:Wike and three other aggrieved PDP Governors jet out to Spain as Party’s crisis worsen