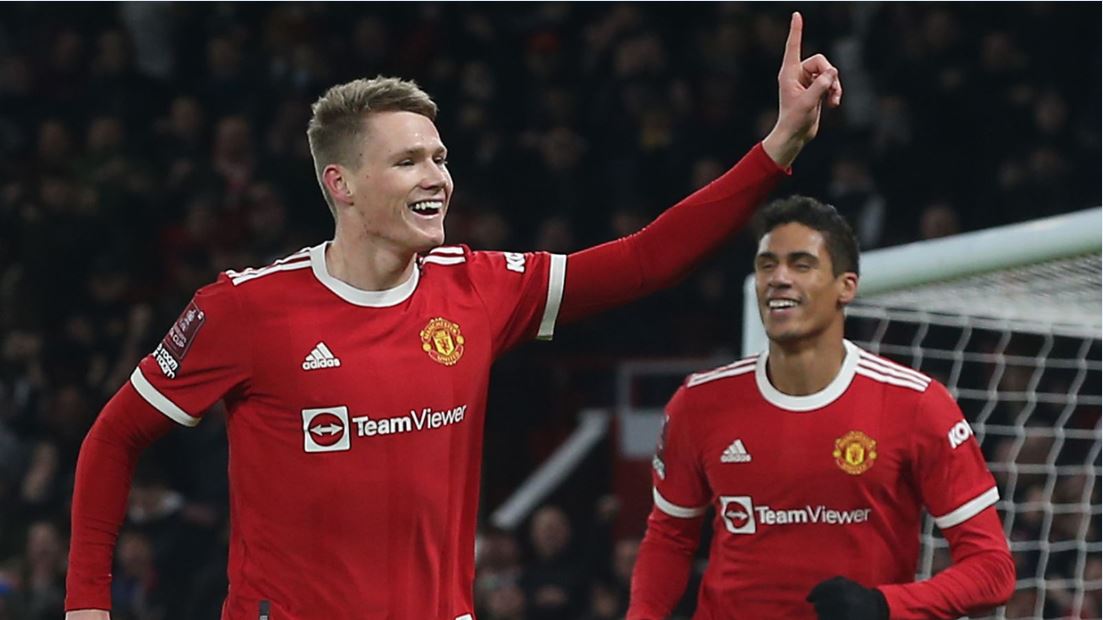 Man Utd 1-0 Villa: Scott McTominay’s header early in the game was enough to see the Red Devils through to the 4th round of  FA Cup.

Manchester United held off an onslaught from Aston Villa, with two goals disallowed, as Scott McTominay’s early goal was enough to put Red Devils into the FA Cup fourth round.

Man United, who were without Cristiano Ronaldo due to injury, took the lead just eight minutes into the game when Fred delivered an inch-perfect cross from the right flank, which McTominay headed past Emiliano Martinez from close range.

Just five minutes into the second half, Villa were celebrating what they thought was an equaliser when Ezri Konsa headed a free-kick back across the face of the goal for Danny Ings to bundle home from close range.

MUST READ:  ARSENAL REACHED AN AGREEMENT IN PRINCIPLE TO SIGN RAMSDALE FROM SHEFFIELD UNITED

It was disallowed after Jacob Ramsey was found to have obstructed Edinson Cavani after a lengthy VAR review, which included Michael Oliver inspecting the monitor.

Villa’s frustrations were compounded when Ings raced through and clipped the ball over De Gea for Watkins to tap in, only for the offside flag to be raised for the summer signing’s first run. It was the tale of the game for Steven Gerrard’s team, who, despite the early blow caused by McTominay’s header, responded admirably.

They did everything but score as John McGinn’s long-range effort was kept out by David de Gea before Ollie Watkins rattled the crossbar after turning Victor Lindelof inside as the hosts got in at the break with their lead intact.

Villa pushed for a late equaliser after the goals were disallowed, but it was not to be their night as United survived an incredible scare to advance to the fourth round, where they will face Middlesbrough.

Manchester United’s fourth-round tie is against Championship side Middlesbrough at Old Trafford.

The fourth-round matches will be played on the opening weekend of February.

Tyrone Mings and Ollie Watkins both return to the Villa team to Steven Gerrard’s delight.

Manchester United takes a trip to Villa Park in the Premier League on Saturday @ 5:30 pm.