Man United are close to appointing Erik ten Hag as their new manager. A deal has not been reached, and United’s position is that the process is still ongoing with multiple candidates, but it is understood that formal negotiations will now begin. United insists that no appointment is on the horizon. 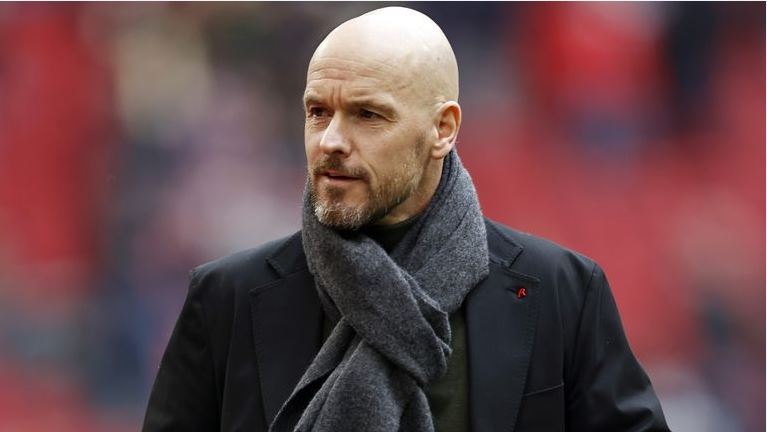 Manchester United’s search for a new manager seems to be over as they are finalising a deal to appoint Erik ten Hag of Ajax, who is the preferred candidate for the job.

MUST READ:  "At 32 I have had sex with over a hundred men,I am not ashamed"-Chubby Ghanaian media personality,Abena Korkor

Reports reaching enomaomoruyi from Ten Hag’s camp say talks over compensation and how to handle a formal announcement had taken place after he performed brilliantly in his interview.

Manchester United denied having had any official discussions and called such an early assessment of the situation “premature.”

The club has maintained that no agreement has been reached with anyone. United’s position is that the process is still ongoing with multiple candidates and that they will not be providing ongoing commentary on it.

Ten Hag’s contract with Ajax expires in a year, but the clubs’ good relations have made negotiations easier, and the Eredivisie club will not stand in his way.

He has long been admired internally, is the most popular candidate, and was the simplest to secure on their four-person shortlist.

Mauricio Pochettino has been his only true rival for the job, but negotiating with PSG is a completely different prospect than negotiating with Ajax. The Dutch club has been helpful rather than obstructive, and it is understood that Ten Hag’s compensation price is only £1.7 million, compared to £15 million for the Argentine.

Julen Lopetegui expressed his desire to stay at Sevilla, while Luis Enrique’s commitment to lead Spain out at the World Cup was too complicated to navigate. That left Pochettino and Ten Hag in a straight battle, with a split among the decision-makers on how to proceed now seemingly resolved.

The search for a new manager was led by football director John Murtough and technical director Darren Fletcher, who reported to chief executive Richard Arnold and joint-chairman Joel Glazer.

The latter pair are said to have chosen Ten Hag over Pochettino, who had previously been the club’s preferred choice to take charge twice.

United insists that no appointment is on the horizon.