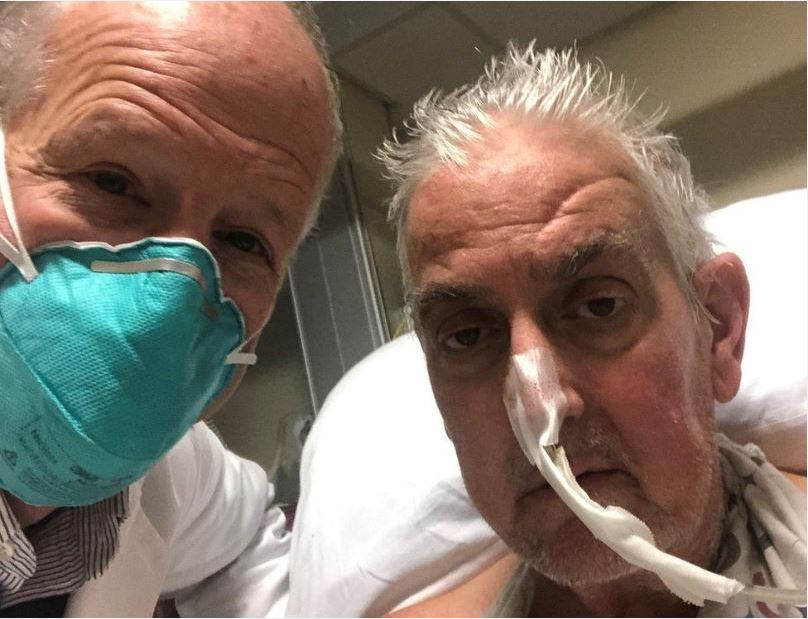 Left-Surgeon Bartley F Griffith, on the right, is David Bennet

The world’s first person to receive a heart transplant from a genetically modified pig has passed away.

57-Year old David Bennett from Maryland, who had terminal heart disease had received a genetically modified pig heart in a historic landmark transplant surgery has passed away.

However, his condition began to deteriorate several days ago, according to his doctors in Baltimore, and the 57-year-old died on March 8.

Dr Bartley P. Griffith, the surgeon who transplanted the pig heart in a statement said: “We are devastated by the loss of Mr Bennett. He proved to be a brave and noble patient who fought all the way to the end. We extend our sincerest condolences to his family,”

MUST READ:  4 killed and one rescued from rubble of collapsed building in Lagos

He added, “Mr Bennett became known by millions of people around the world for his courage and steadfast will to live.”

Bennett was suffering from terminal heart disease and had received a transplant on January 7. Bennett was deemed ineligible for a conventional heart transplant or an artificial heart pump after medical records were reviewed, and the pig heart was the only available option, according to the medical centre at the time.

The heart was donated by Revivicor, a Virginia-based regenerative medicine company. Three genes that cause human immune systems to reject pig organs were removed from the donor pig, and one gene was removed to prevent excessive pig heart tissue growth. Six human genes involved in immune acceptance were inserted.
According to the medical centre, the transplanted heart performed well for several weeks with no signs of rejection.

The university press release said: David Bennett “was able to spend time with his family and participate in physical therapy to help regain strength. He watched the Super Bowl with his physical therapist and spoke often about wanting to get home to his dog Lucky,”

Mr Bennett was aware of the risks associated with the surgery, admitting prior to the procedure that it was “a shot in the dark.”

“It was either die or do this transplant. I want to live. I know it’s a shot in the dark, but it’s my last choice,” Bennett had said, according to a previous media release from the medical centre.

The United States is experiencing a sparsity of organs for transplantation. According to organdonor.gov, more than 106,000 people are currently on the national transplant waiting list, and 17 people die each day while waiting for an organ.

For many years, pig heart valves have been transplanted into humans. In October, surgeons in New York successfully tested the transplant of a genetically modified pig kidney into a brain-dead woman.

According to the Organ Procurement and Transplantation Network, more than 40,000 transplants were performed in 2021, setting a new record.