In-depth match report as Liverpool forward Sadio Mane inspired Senegal to a comfortable 3-1 over gallant Burkina Faso; The Teranga Lions are into the AFCON Final for the second successive time. 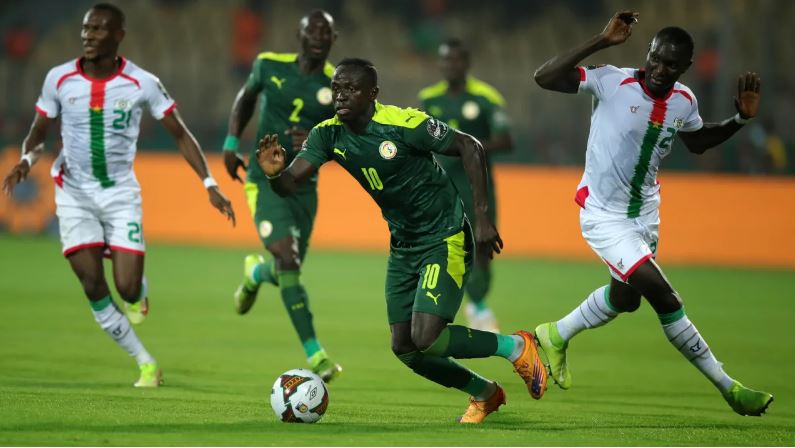 Senegal sees off Burkina Faso 3-1 in a tense semi-final, to remain on course for their highly sought-after maiden Africa Cup of Nations (AFCON) trophy.

Mane clever finish in the 87th minute rounded off a resounding 3-1 victory for Senegal against Burkina Faso in the AFCON semi-final in a game that was goalless up till the 70th minute.

Both sides have played in the AFCON finals in recent years, but Senegal appeared to be more at ease in their semi-final surroundings, enjoying plenty of freedom down the left via Saliou Ciss and Sadio Mane early on, but Senegal was almost awarded the opener due to sloppy goalkeeping.

A simple ball forward to Cheikhou Kouyaté was intercepted by an onrushing Hervé Koffi, who attempted to punch the ball in his own 18-yard box, knocking the midfielder out.

After lengthy deliberation, VAR overruled the referee’s decision to award a penalty earlier. Only Kouyaté returned after both players involved in the incident were stretchered off the field.

In first-half stoppage time, VAR was back in the middle of things. After deeming Edmond Tapsoba to have stopped a shot with his arm, referee Bamlak Tessema Weyesa gave another penalty. The referee overturned his ruling after another short trip to the pitchside monitor.

Aliou Cissé has struggled to get his team blazing on all cylinders despite an 11-game unbeaten streak, but Senegal has grinded out results throughout the tournament, and Abdou Diallo’s opener summed it up nicely on 69 minutes.

A corner beat the first man before Kalidou Koulibaly’s overhead kick was mistakenly deflected to Diallo, who pirouetted on the penalty spot to score his sole goal for his country.

Senegal and its star man Mane appeared to be rejuvenated after the goal, as he chased down a lost cause down the left flank before putting the ball across for Idrissa Gueye to knock in on 76 minutes.

Blati Touré’s bizarre late finish raised eyebrows, but Mane calmed the nerves with a breakaway goal on 87 minutes, putting the ‘Lions of Teranga’ on track to win their first championship under Cissé in the final on Sunday. Senegal will lock horns with the winner in the second semi-final between Egypt and hosts Cameroon in Sunday’s final at the Olembe Stadium in Yaoundé.