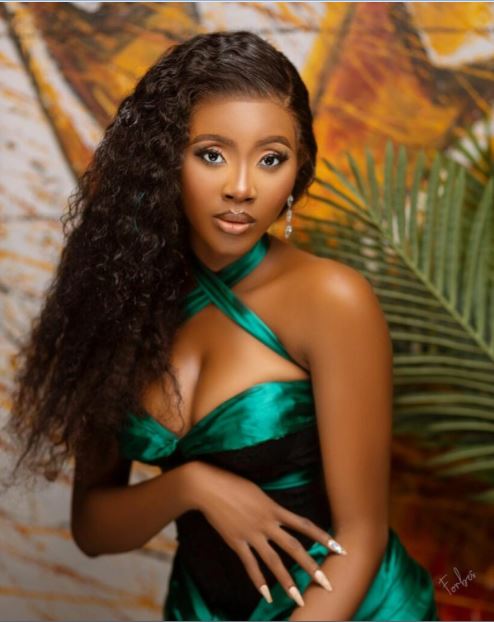 A former housemate in the recently concluded Big Brother Naija season 7,  Esther Gabriella Abimbola known famously as Modella has opined that men shouldn’t be concerned about a Lady’s past sex life.

Although it should be noted that Modella was a fake housemate while she was in Biggie’s house.

In a recent interview with Sunday Beats, she said women do not inquire about men’s past sex life and so the men should reciprocate by not asking about women’s past sex activities.

Modella said; “Females don’t pay attention to guys’ body count. Most times, it is men that take it seriously. Most guys have lost count of the number of sexual partners they have had. It is only few men who don’t like sleeping around that can keep track of their body count.

“I don’t think any guy should pay attention to any girl’s body count. If you like the girl, go for her. I am not saying a guy should date a slut or prostitute; though some guys do that because that is what works for them.”

The former Big Brother Naija fake housemate also underlined that it might be difficult to establish an intimate relationship free of sexual contact in today’s society.

Modella added; “Some girls are always meeting the wrong guys who end up breaking their hearts. This is the 21st century, and for most relationships one goes into, sex is very important, except one chooses to be celibate.”

When asked if she would have been in a relationship with Bryann, the skincare guru said; “Before the game, I had no intention of getting into a relationship. But, I also knew that most times when one falls in love, it is not planned; it just happens. In my situation, we were friends. We both liked each other; though obviously, he liked me more. But, I just was not in that space. I liked our friendship and I did not want us to stop talking just because he wanted us to take it (relationship) to the next level. BBN or not, if I was not going to date him, I would not date him.”

Speaking on the claims by critics that BBNaija is aimed at promoting nudity and x-rated content, she said; “I don’t agree because there is no time during the show that housemates are asked to go nude. Sometimes, even if one overexposes oneself, the camera would be taken off one.”

Recall after leaving the Big Brother Naija show, Modella said she had no inclination that she will be a fake housemate.