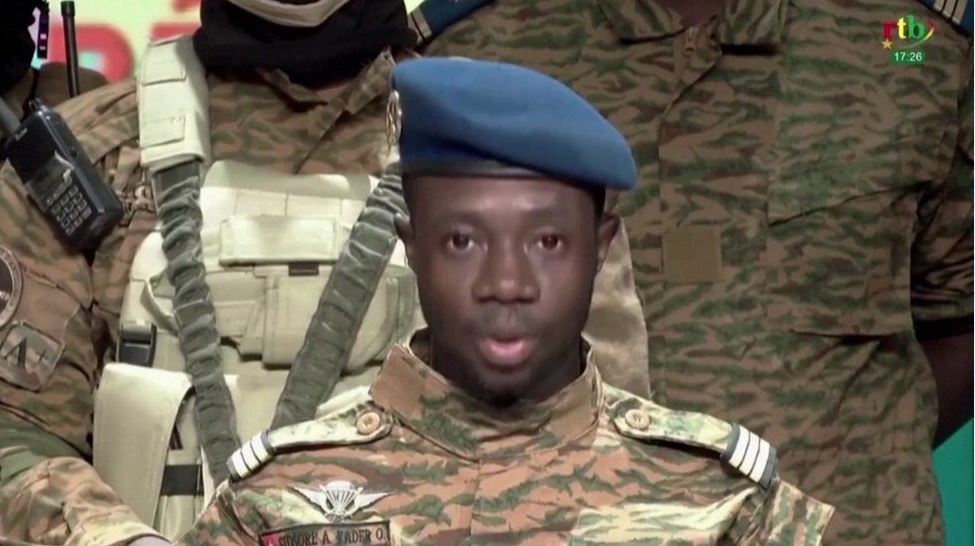 Roch Kaboré has been overthrown according to the Military in Burkina Faso, they hinged their action on the worsening insecurity in the Country.

An army official delivered the statement on public television, saying that both the administration of Roch Kaboré and parliament had been dissolved.

Roch Kaboré’s whereabouts are unknown, however, the officer stated that everyone who was detained was being held in a secure facility.

The coup comes a day after troops seized barracks in the capital and gunshots were reported.

Roch Kaboré and a government minister had survived an assassination attempt, according to the ruling People’s Movement for Progress (PMP).

On Sunday, mutinous troops requested that military officials be fired and that greater resources be allocated to combating Islamist militants.

According to the AFP news agency, the army statement highlighted the worsening security situation and President Roch Kaboré’s claimed incapacity to unite the country as reasons for his removal.

The Patriotic Movement for Safeguard and Restoration, or MPSR in French, made the statement in the name of a group that had never been heard of before.

“The MPSR, which represents all branches of the army, has voted to terminate President Kabore’s appointment today,” the statement added.

The African Union and the West African bloc Ecowas had condemned an attempted coup in Burkina Faso prior to the disclosure.

Mr Roch Kaboré’s safety, according to Ecowas, is the responsibility of the military.

Armoured vehicles – supposedly deployed by the presidency – look to be blasted with gunshot holes and abandoned in the street in video from the capital.

Fixed-line internet and household wi-fi are working, but mobile internet services have been disrupted.

Mr Kaboré has not been seen in public since the situation began, but two tweets from his account surfaced before the officer confirmed his demise.

The latter urged those who had taken up arms to put them down “in the greater national interest.”

It’s unclear whether the tweets were sent by Mr Kaboré or someone else.

According to security reports, the president and other government officials are being held in the capital’s Sangoulé Lamizana barracks. 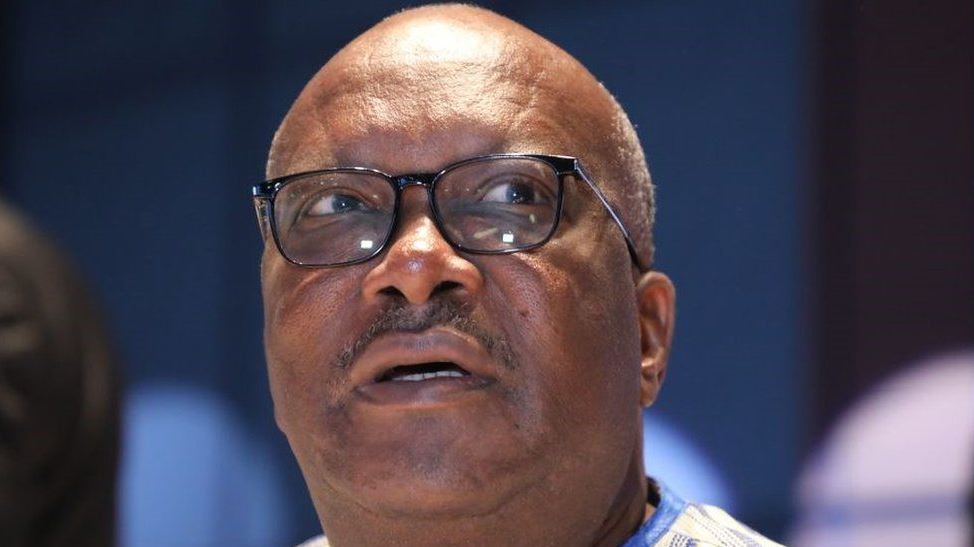 Roch Kaboré was officially confirmed as the MPP candidate for the presidential elections scheduled for November 29, 2015, at an MPP convention held at the Ouagadougou Palais des Sports on the 4–5 July 2015.

Kaboré received 53.5 per cent of the vote in the first round of the election on November 29, 2015, compared to 29.7 per cent for the second-place candidate, Zephirin Diabré.

On December 29, 2015, he was sworn in as President. On January 7, 2016, he appointed Paul Kaba Thieba, an economist, as Prime Minister. On the 13th of January, the new government’s composition was announced, with Kaboré taking control of the defence and veteran affairs ministerial portfolio.

On February 20, 2017, Jean-Claude Bouda, the Minister of Youth, was appointed to succeed Kaboré as Minister of Defense.