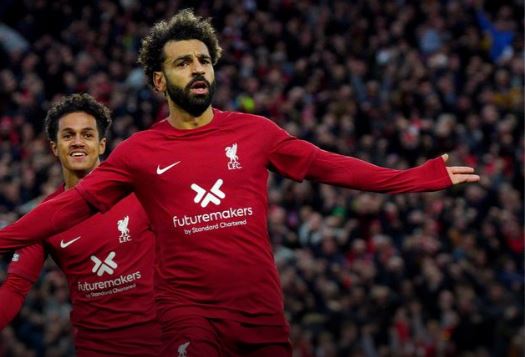 Match report as Mohammed Salah again torments Manchester City with his brilliant goal in the second half of the game.

Cityzens tormentor, Salah produced a brilliant piece of control to take down Alisson’s long kick and spin away from Joao Cancelo before beating Ederson with a cool finish (76) as Liverpool put their recent struggles behind them.

Klopp was sent off in the closing stages after reacting furiously when the hosts were denied a free-kick for an apparent foul by Bernardo Silva on Salah, whose goal snapped a five-game Premier League scoreless streak.

Pep Guardiola was enraged earlier in the game when a Phil Foden goal was overturned by VAR because Erling Haaland was deemed to have fouled Fabinho in the build-up.

Liverpool entered the game 13 points behind City after their worst start to a season in ten years, but they defended resolutely, becoming only the second Premier League side this season to prevent Haaland from scoring, and seizing their chance when Salah, who had earlier been denied by Ederson in similar circumstances, caused Anfield to erupt with a goal that breathes life into their season. 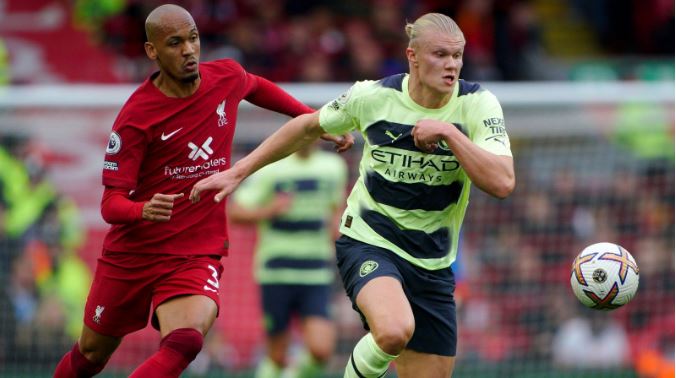 Both managers spoke after the game

Manchester City boss, Pep Guardiola: “The referee came to the coaches and said, ‘play on, play on’. There were a million fouls. But after we scored a goal, he decided it is not play on. This is Anfield.

“We had [enough] chances. We had some fantastic chances.

“All the game we were brave, we played the game we should play and I don’t have any complaints or regrets over how we have done it.

“We had chances but not enough to do it. We made a good process to not allow them transitions. In general, the back three was brilliant.”

“We defended at an incredibly high level for 99 minutes and had really good footballing moments. We scored one goal and could have scored more.

“They had their moments as well but, especially in the box, we did extremely well. We won nearly all the duels. I think there was one free header from Haaland.

“Pep [Guardiola] and I agreed on the touchline. We didn’t understand the challenges which were allowed and all these kind of things.

“Why would you do it? Both sides. The game would not be a little bit worse, but we have to take that, we are on the weak side of it. We have no power at all.

“At this moment, something switched off, I’m not proud of that. But it’s the clearest foul I ever saw, in front of the linesman, and he says play on.

“How can you let that situation go? It’s clear he pulled him down. Sometimes we get a bit carried away, and that’s what happened to me in that moment.”