3 things to consider before renting an apartment in Lagos 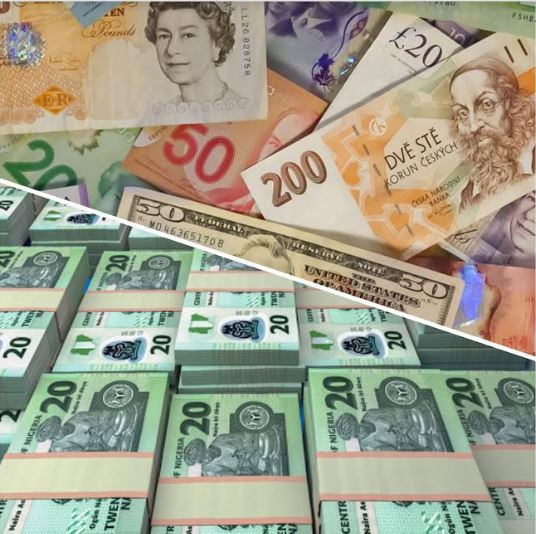 In our World, today  Money and Currency are terms mostly switchable one for the other, but they have two quite distinct meanings and interpretations when viewed through the lens of economic functions.

1]  Money is any item or verifiable record that is generally accepted as payment for goods and services and repayment of debts, such as taxes, in a particular country or socio-economic context.

2]  Money is an economic unit that serves as a universally accepted means of trade in a transactional economy. Money serves the purpose of lowering transaction costs, specifically the double coincidence of desires.

Money is frequently characterized in terms of its three purposes or services: as a medium of trade, a store of value, and a unit of account.

It is frequently used and accepted in transactions involving the transfer of goods and services from one person to another or between countries. Commodity money, fiat money, and bank money are the three types of money that economists distinguish.

THE TYPES OF MONEY…

MUST READ:  QUESTIONS TO ASK BEFORE YOU INVEST

In a sense, a commodity is a real thing. People’s belief in commodity money is based on its fundamental value. Outside of their usage as a medium of commerce, gold, silver, and tobacco all have uses.

So, even if it’s rejected by one store, it’ll be worth a lot somewhere else. This is in stark contrast to fiat money, whose value is based on the nation’s faith in the government.

People’s belief in fiat money is the only thing that gives it value. Governments establish trust by designating bitcoin as legal tender, allowing all people and companies to accept it as payment. Governments then criminalize all other types of money, thus enhancing trust.

MUST READ:  How to request for a raise in workplace

However, under commodity money, monarchs would simply limit the amount of gold in the coins they issued, thus this was also a common occurrence.

Commercial Bank Money consists of the depositors’ book credit that banks extend to them. The use of bank money is involved in transactions involving checks drawn on bank deposits.

Currency is a country’s official money. It is made up of both paper money and coins. Each country has its own currency, which is supervised by the country’s central bank. Currency falls within the category of Fiat money, according to the definition of money given above.

The present worth of cash, note, or coin is not always determined by the materials used to create them. Instead, value is formed from the desire to accept and rely on a displayed value in future interactions.

Currency is a widely accepted means of exchange that people and economies around the world plan to keep and accept as payment for current and future transactions.

To put it another way, imagine you hold a 1000Naira note in your palm. The paper in your palm is currency, which will be accepted anywhere in Nigeria but not everywhere in the world in that physical form.

However, the value it conveys, in this case, 1000Naira, is a monetary value that may be used as a medium of exchange and compared to other currencies.

How to request for a raise in workplace