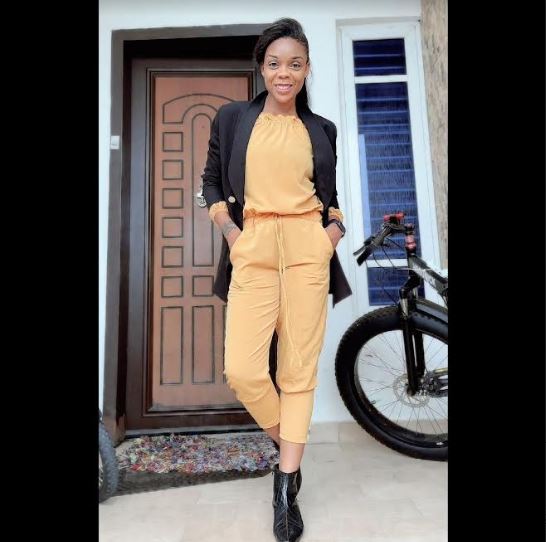 Choreographer Kafayat Oluwatoyin Shafau, popularly known by her stage name Kaffy revealed that more healing of her trauma came when she decided to stop having sexual intercourse with her husband.

In an interview with Chude Jideonwo that was published on Saturday, the Guinness world record holder of the longest dance party said her husband was having sex with strangers and her friends.

Kaffy’s words: “Let me tell you when I started healing; when I stopped sleeping with my husband,”

“I was celibate in my marriage for three years before getting a divorce.”

According to the mother-of-two, she realized that marriage was an alignment of assignment.

“There were different red flags but I ignored them because we Women in Love often do,” Kaffy said.

She added, “I was thinking at the beginning that I have found someone else that would make me happy. That’s the most selfish thinking that any human being can have for another human being.”

Kaffy also talked about the domestic violence experienced by her parents growing up. She disclosed that her parents used sharp objects like knives and forks when they were fighting.

It got to a point when I and my siblings had to hide sharp objects in the house to avoid their parents from hurting each other, the choreographer noted.

Video:Gospel Singer,Tim Godfrey Gives His Wife A Surprise Birthday Treat On The Bed With A Rendition From A Saxophonist