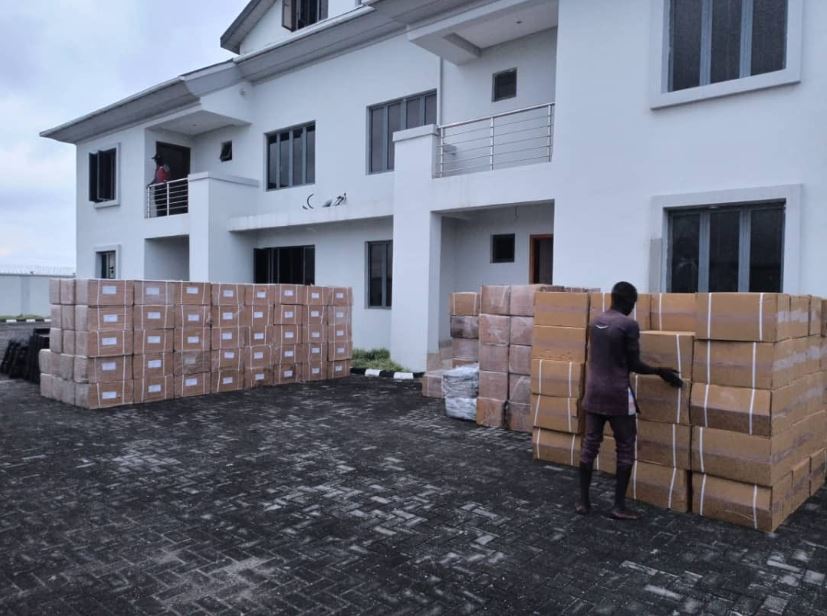 Hundreds of cartons containing the substances are kept in a beautiful mansion in Victoria Garden City (VGC).

The estate, which is mostly inhabited by the wealthy, is located along the Lekki-Ajah corridor.

Femi Babafemi, the NDLEA’s Director of Media, announced the operation on Monday morning.

“Used to warehouse over 13million pills of Tramadol 225mg by another billionaire drug baron now in @ndlea_nigeria net”.

MUST READ:  I Can't Keep Calm It's My Birthday-Billionaire E-Money clocks 40(Photos)
Related Topics:crimefeaturedNaija News
Up Next