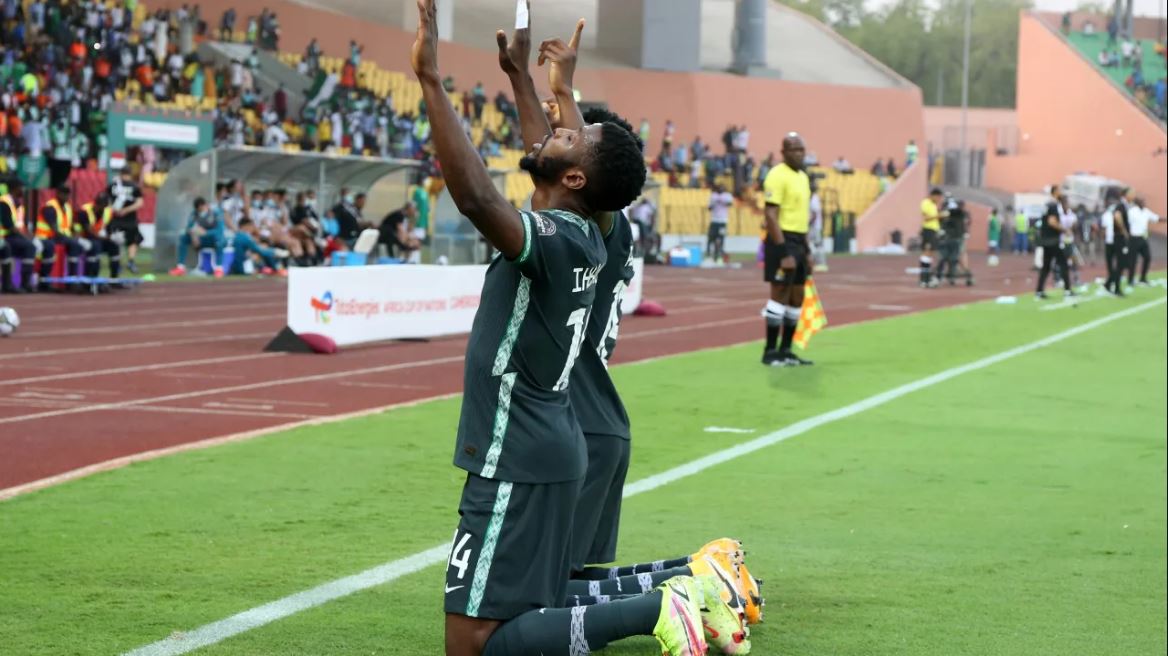 The Super Eagles defeated the Pharaohs in Group D with one of their strongest performances in recent months. At the half-hour mark, Kelechi Iheanacho scored the game-winning goal, giving interim manager Augustine Eguavoen a winning start. 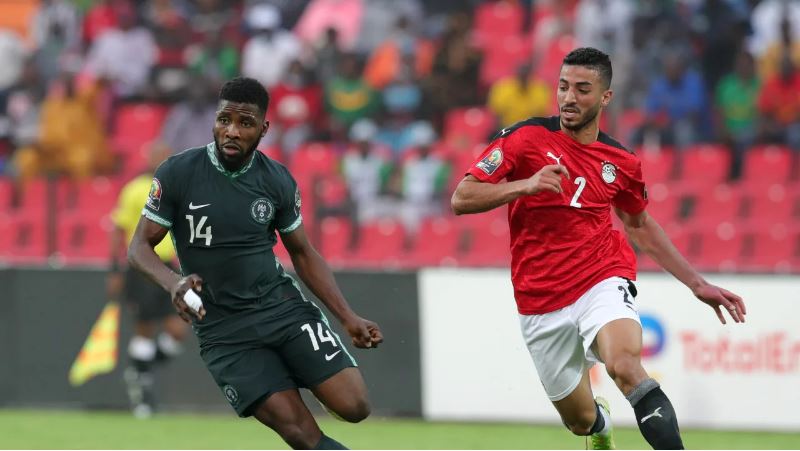 Despite being among the favourites to leave Cameroon as African champions, neither Nigeria nor Egypt was able to establish a footing early on, with Mostafa Mohamed’s feeble strike for the latter being the only significant sight of goal inside the first 30 minutes.

Referee Bakary Gassama paused play midway through the half to seek a change of ball, putting an end to what had been a bland start to the game.

In search of a spark, the ‘Super Eagles’ increased their effort and broke through on the half-hour mark, when Kelechi Iheanacho rifled a tremendous left-footed strike beyond an outstretched Mohammed El Shenawy.

A fragile Egypt backline, desperate for a break, continued to give chances to a ferocious Nigeria onslaught and were perhaps fortunate to be only one behind at the break.

Nigeria missed two good chances to extend their lead when they returned from the break-in pursuit of a second goal. El Shenawy’s hands deflected a close-range Taiwo Awoniyi header into the crossbar, while a hefty Iheanacho touch denied the Leicester City forward a simple tap-in.

Despite having the most of late possession, Egypt was unable to break through a tenacious ‘Super Eagles’ defence. As a result, they failed to score in an AFCON group game for the first time since 2017, handing Group E to three-time champions Nigeria.

MAN OF THE MATCH(Kelechi Ihenancho): “It was a challenge for me, and we put in a lot of effort and got the three points. We are happy with that. We have to do more in the next two matches and hopefully, we can win both.”

Nigeria Interim manager Augustine Eguavoen: “I congratulate the players for the performance and victory. Egypt respected us but we played our way. We gave everything during the match, and we must play every game as if it were a final. We won the first match, and we will see what we do in the next.”

Egypt Coach Carlos Queiroz: “The performance in the first half was very poor and this is the truth, we were not on the field. We started playing in the second half and there was no reason for this failure and loss against Nigeria. We lost this match but there are 6 points we must get against Sudan and Guinea Bissau to qualify.”

Related Topics:Nigeria 1-0 Egypt
Up Next