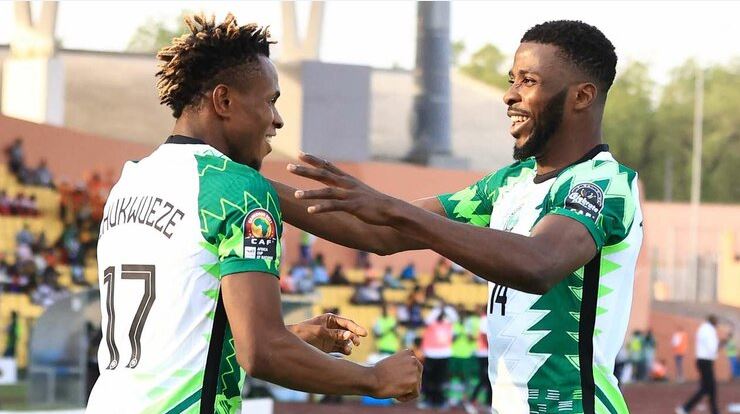 Nigeria has won its first two Africa Cup of Nations games in successive competitions for the first time in their history, after a dominant performance in a 3-1 victory over Sudan.

Super Eagles sail into knockout stage: Nigeria began their second group stage game in the Africa Cup of Nations(AFCON) with confidence, having gone undefeated in their previous four games, and they were in lead within minutes. With his back to goal, Moses Simon pounced onto a long throw into the Sudan penalty area and passed the ball to Samuel Chukwueze, who scored with a superb left-footed drive.

The ‘Super Eagles’ were not satisfied with their early goal, and their constant pressure saw William Troost-Ekong denied by a scrambling Ali Abdallah Abu-Eshrein before Taiwo Awoniyi pushed the ball against the post from close range.

Despite not understanding anything about the situation, the Union Berlin player managed to find the net just before the interval. Sudan was unable to deal with Kelechi Iheanacho’s deep free-kick, which bounced off Awoniyi and into the net.

Sudan was handed a lifeline with less than 25 minutes remaining when referee Victor Gomes pointed to the spot after a VAR review, penalizing Ola Aina for a shirt tug. Walieldin Khidir stepped up to the plate and calmly side-footed his spot-kick into the top corner to give his country the tournament’s first goal.

Despite failing to mount a comeback, Burhan Tia’s side can take heart from a much improved second-half performance, and the three points assure Nigeria’s participation in the knockout stages.

Simon Moses(Nigeria): Super Eagles sail into the knockout stage of the Africa Cup of Nations(AFCON) with immense contribution from Simon Moses who had an assist for Chukweze first goal and he scored the third. Simon tormented the Falcons wing-back all through the game. He was a thorn on their flesh with his dribbling skills, strength and pace.