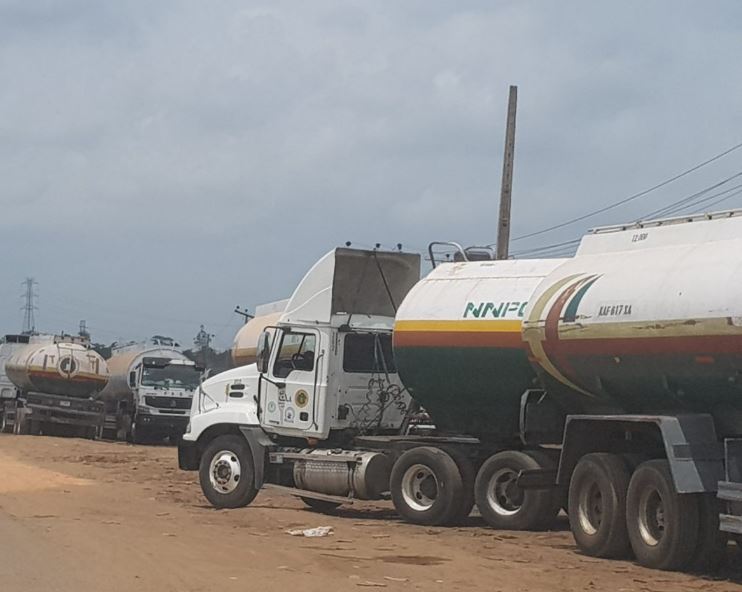 NNPC completes removal of Dirty Fuel in circulation, last week it was reported that dirty fuel was imported into the country by MRS, Oando and DukeOil according to NNPC.

The Nigerian National Petroleum Corporation (NNPC) has withdrawn all methanol-blend gasoline that was imported into the nation three weeks ago. The NNPC also noted that clean petrol shipments are coming into the country on a regular basis to fill the void left by the withdrawal of methanol blended gasoline.

In press releases made available to the public, Emadeb/Hyde/AY Maikifi, MRS, and Oando have all refuted this assertion. The commodity was purchased from international trader LITASCO and delivered via the LITASCO loading port terminal in Antwerp, Belgium, on an MT Nord Gainer.

To do this, the NNPC ensured that all cargoes suspected of containing methanol were quarantined and that all trucks leaving the depots were followed and intercepted.

The NNPC also refilled the depot with cleaner fuels and dispatched staff to inspect all filling stations to guarantee that no petrol with high methanol levels was present.

In addition, the NNPC has increased its efforts to increase the supply of gasoline into the market in order to fill any supply gaps that may arise.

MUST READ:  Gospel artist,Chinedu Nwadike has passed away

Dr Kayode Opeifa, a former Lagos State Commissioner for Transportation, said the NNPC’s intervention in averting a major crisis that would have resulted in the full contaminated petroleum had entered the Nigerian market was timely.

He disclosed: “This is what you would expect in this kind of situation. You quarantine the quantity, withdraw those in circulation and then begin the investigation and that is the stage that I believe that we should be concerned with so that we don’t have damages beyond what we‘ve had.

“To that effect, as someone in the transport sector with an analytical chemistry background, I think so far for the public, that is adequate. The product is withdrawn.

“We need to be procedural in handling this matter. Vehicles are damaged but it’s not a matter that should be handled based on emotions. We need to get answers to how it happened.

MUST READ:  Prime Minister of Sudan arrested in a military coup

“We have regulatory agencies and they have done the needful in terms of isolation, quarantine and restock. For the general public, what is important is that the product is no longer in the market,” he divulged.

Different countries have different specifications, he claims, but there is a minimum requirement, which the NNPC claims the particular fuel failed to achieve. It’s fairly uncommon, he continued, for chemical analysis standards to be overlooked.

“It is not unusual to have product defects. You have heard of car recalls, airbag recalls when they have gotten to the market. So, the best thing is to ensure that appropriate protocols are used to address this issue.

“What I think is the good news out of this whole thing that happened is that it was detected early enough, it was withdrawn within limited time and the fuel supply chain is gradually coming back to normal,” he declared.