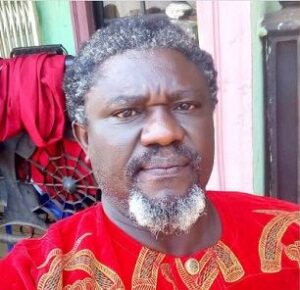 He died on Tuesday in his hotel room after filming a movie in the South East region, according to reports.

MUST READ:  Living while we are young-Dorathy Bachor wrote on instagram photos and video

His colleague, Ngozi Ezeh, confirmed the news, revealing that the deceased was not ill.

“Good morning fam  I hate to say this but we have lost another Nollywood king, Sir David. He wasn’t sick, it just happened. How do we explain this, another loss in Nollywood? Oh Lord have mercy. Rest in peace Sir Dave

This life shall, it’s all but once. Nothing dey to fight or kill body for. Chai(surprised)

Nollywood lost actressChinedu Bernard days ago and today it is David Osagie what a great loss the industry has suffered.

Meanwhile, actors have taken to social media to pour heartfelt condolences to the family of the late David Osagie.

MUST READ:  Liquorose Lit Up Internet With Sizzling Hot Photos
Related Topics:featurednaija celebrity news
Up Next

My Secret Is Patience-Dorathy Bachor Divulge