Georgina is a Nollywood film-maker, producer, brand influencer and hails from Imo state in the southeastern region of Nigerian. Her full name Ibeh Georgina Chinenye.

Georgina has featured in so many Nolly movies, Taste of freedom, beautiful sisters are recent movies she featured in. Royal Destiny is a film that’s coming according to the voluptuous Georgina. the movie has star actors Mike Ezeruonye Livinus Nnochiri and others.

MUST READ:  Kim Kardashian and Pete Davidson are officially courting

emmanuella1719 a fan wrote this comment: Mike just dey enjoy touching body on the Royal Destiny movie picture Georgina shared on Instagram. In the pictures shared Mike and Georgina were seen holding each other romantically. Will you blame Mike Ezu for the touching?

Indeed Georgina is endowed but her sexy shape isn’t what has propelled the curvy actress high in the movie industry, rather hard work, intelligence and talent have seen her reach this height. 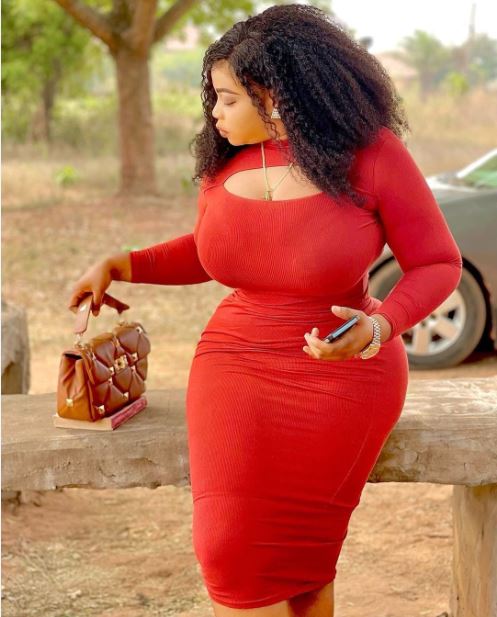 She has got huge followers on Instagram, they are always entertained with her posts . Georgina keeps them glued to her page with interesting posts.

This is the caption Georgina wrote on the video:

Talking to the Moon

Have an amazing day Lovelies

There have been thousands of likes on the video in which the actress put her buttocks on display for all to catch a glimpse of it.