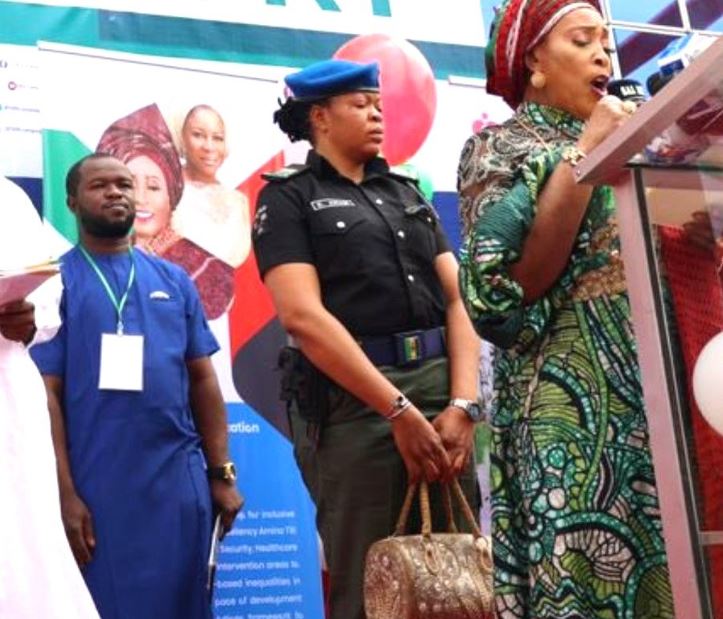 The Nigeria Police Force(NPF) said a police officer attached to Mrs Titi Abubakar will be punished for carrying her bag.

The officer was seen carrying a handbag while visiting Titi’s office for her husband’s 2023 campaign.

MUST READ:  Ayu's supporters have not seen anything yet and they 're crying-Wike

Adejobi responded to a Twitter user @Fifi_Ify who said the officer was turned into a maid.

“When a private citizen can turn our uniform force member into her maid, why won’t the police forget their primary duty and only dance to the tune of the elites?”, she wrote.

MUST READ:  Central Bank Of Nigeria has stalled the launch of eNaira digital currency

The police spokesperson condemned the act he called “absurdity”, adding that it is not acceptable.

“We have commenced necessary action on this. We will fish her out and get across to the principal.

“The AIG Special Protection Unit has been contacted to assist us get the woman police. Gradually, we will sanitise the system.

“How can an orderly carry a bag for her madam. I am sure the madam will have a PA, and that is the PA’s job”, he added.