Obi Cubana pledges low-cost homes for charity across the six geopolitical zones in the country, this gesture is to assist citizens who have difficulties securing accommodation.

Obinna Iyiegbu, the Chairman of the Cubana Group, often known as Obi Cubana, has stated that he will construct low-cost homes for charity across the country’s six geopolitical zones.

On Thursday in Abuja, Iyiegbu made the commitment while collecting the 2021 Man of the Year Award and the Igbere TV Leadership Excellence Award.

Obi Cubana also vowed to finish the low-cost housing project by the end of 2022 in order to help certain elderly people who are in desperate need of homes.

“For this pilot project, six elderly persons in each of the country’s six geopolitical zones were identified as having housing challenges.

“We’ve gone throughout the country and identified them,” he said, adding that “in the year 2022, we’ll use this platform to impact their lives by creating low-cost homes for six of them.”

He went on to say that the honour had inspired him to do more, particularly in the fields of youth empowerment, humanitarian gestures, and mentoring young people.

Obi Cubana received over a million votes from Nigerian teenagers whose lives he has impacted in some way, according to James Anyalekwa, Director of Igbere TV.

‘The overwhelming votes cast in the online electioneering activity, which lasted over four weeks, was a sign of unity from youths across the country and abroad for Obi Cubana,’ according to Anyalekwa.

Anyalekwa explained that the 2021 edition of the Igbere TV Leadership Excellence Award was created with the twin goal of celebrating excellence among Nigerians who have made a significant impact on the lives of others.

“It is also to identify and impact the lives of the less fortunate, particularly some older people of the country who are homeless.”

Ifeanyi Okali, the Director of ABN TV, who presented the award to Obi Cubana, praised the awardee for being at the forefront of efforts to improve the lives of people across the country. 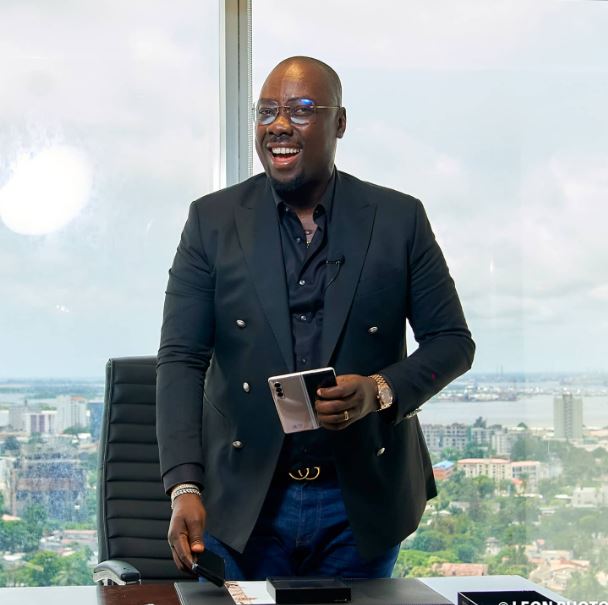 Okali told him not to give up on relieving people’s difficulties via empowerment and philanthropy.

According to reports, the award was presented one month after he was supposed to receive it.

The industrialist from Anambra state was supposed to be honoured on Nov. 2 among other prominent Nigerians, but he had to cancel due to unforeseen circumstances.

The unveiling of the prototype low-cost home was one of the highlights of the event.