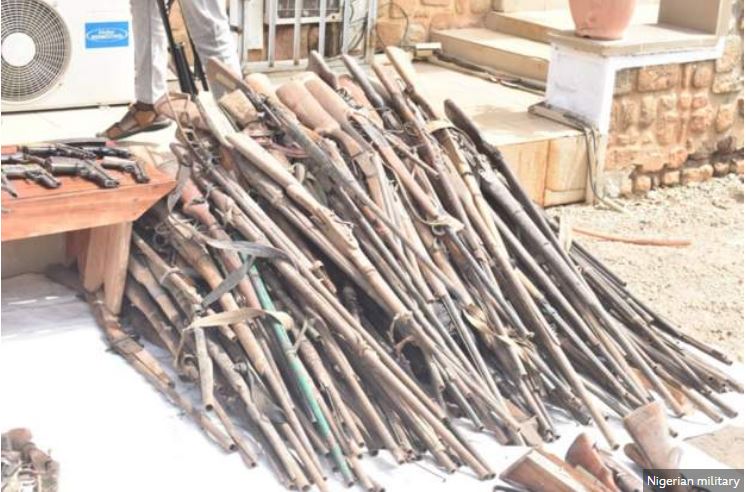 The Nigerian Army says it has recovered over five hundred illegal guns from civilians in the North central zone, Plateau state.

A military commander handed over the 517 weapons, which included AK-47s, pistols, and locally made guns, at a ceremony in Jos, the state capital, on Thursday.

They were taken over the last two years from criminals such as armed robbers and gangs that kidnap people for ransom, according to a military spokesman.

Some were apprehended in neighbouring Bauchi and Kaduna states. Several people were also arrested.

According to some estimates, there were approximately 6.5 million small arms and light weapons in circulation in Nigeria last year, with approximately 90% of them in the hands of non-state actors.

According to analysts, this makes dealing with armed conflicts in the country more difficult.

However, Nigerian authorities say they are now attempting to recover such weapons from civilians and control their spread.

Nigeria is grappling with various forms of armed violence, including a deadly insurgency by jihadist groups Boko Haram and the Islamic State, as well as an increasing number of killings and kidnappings for ransom by armed gangs known locally as bandits.

Plateau state, in particular, has experienced frequent communal conflicts as well as gang violence in the last two decades, resulting in thousands of deaths and massive displacement of people.

My Government Has Done Well Regarding Insecurity,Buhari Berate “Forgetful” Nigerians Lamenting About Killings