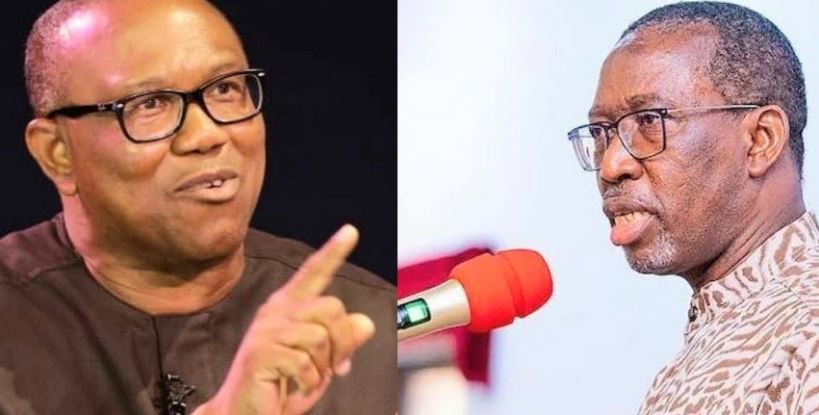 “Peter Obi factor is as if he is trying to go through the church and make it look as if he is driving the Christians into politics.

“I do not believe that the church should actively go into politics because that is not their calling”, he told reporters.

In response, Obi’s team claimed that Okowa ignored the magnitude of Nigeria’s challenges, which is why Nigerians are rallying in support of the ex-Anambra governor.

On Thursday, a statement condemned the attempts to portray Obi as someone who pits one religion against another.

The retort described Obi as the driving force behind a movement whose membership and support cut across all aspects of national life.

It declared that any attempt to pigeonhole him into any sector would fail, recalling that Obi visited churches before entering the presidential race.

“In July 2021, he was at St Mary’s Catholic Church, Karu, Abuja, to attend the 25th anniversary of a priest and the church erupted when he was introduced.

“At various weddings in Abuja, Lagos, and all over the country, Nigerians celebrated him for what he stood for and what he did when he held public office in Anambra State.

“One of such functions was Dr Okowa’s child’s wedding at the National Ecumenical Conference Centre in Abuja, this year.”

The Delta governor was invited to most of Obi’s top public church appearances, including a recent Dunamis Church outing in Abuja, according to the statement.

MUST READ:  "I am a Woman,Fearless,Creative,Strong and take my Chances"-BBNaija 6 Liquorose states

The office stated that it does not expect Okowa to join the attack dog discussions, but rather to use every available avenue to market himself and PDP candidate Atiku Abubakar.

Okowa was informed that he, too, is aware that the LP candidate is leading a movement that cannot be stopped because it was “prompted by long-standing oppression” of Nigerians.

“Taking back the country and rebuilding it is a task, there is no going back. The oppressors have forced the oppressed to pull the trigger and there is going back”, the statement added.

My Energy Is From The Street Of Nigeria-Bishop Matthew Kukah