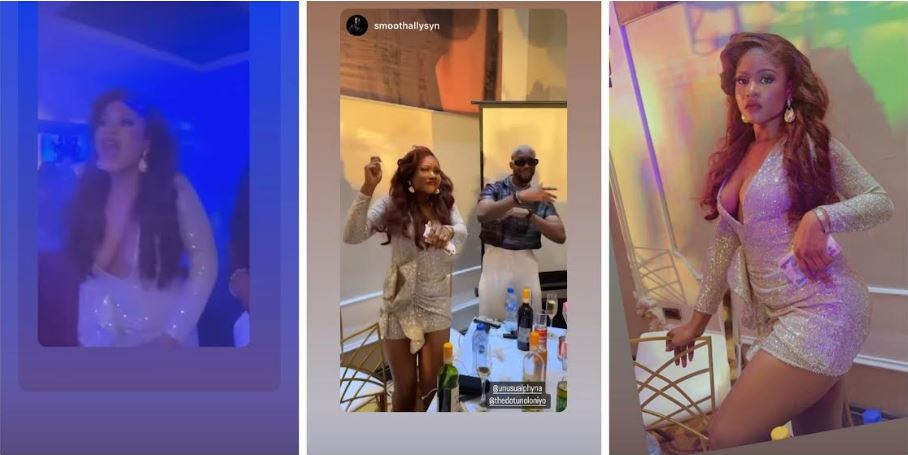 Ex-housemates of Big Brother Naija season 7, Phyna, Groovy, Bella, and others gathered to celebrate one of their own, Sheggz Olusemo who clocked 27 years yesterday.

Recall that enomaomoruyi reported yesterday that the reality tv star’s birthday was celebrated by his fans in a special manner. Sheggz fans placed his photos on a gigantic tv billboard in the streets of Lagos. It was trending on Twitter all through the day.

From the videos, the birthday event was well attended by the reality tv stars. Bella, Doyin, Dotun, Phyna, Groovy, Allysyn were spotted at the party.

In one of the videos, Phyna was heard screaming Dotun’s name repeatedly as they party hard.

The birthday party was fun-filled as guests were treated to melodious sounds and sumptuous delicacies.