The grand finale of Nigerian Idol season 7 was televised across Africa Magic Tv stations on the 22nd of May,2022. 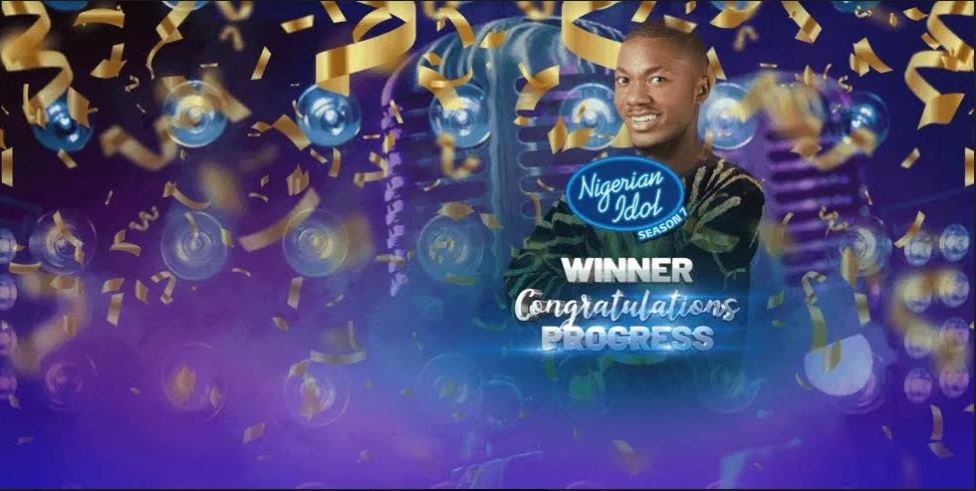 This was announced at the Grand Finale, which aired on Sunday across Africa Magic  Tv stations and was monitored by enomaomoruyi.

Nigerian radio and television on-air personality, IK Osakioduwa, the show’s host, declared Progress the winner after beating Zadok by public Vote, to scoop the crown.Progress goes home with the grand prize of N100m.

Progress and Zadok emerged as the two finalist after weeks of watching the top 12 contestants sing their hearts out on live shows to earn fan votes.

D’banj and Simi, who are also judges on the show, performed on stage and delighted the audience in the finale.

As the winner of Nigerian Idol season 7, here’s a summary of what progress goes home with: