In-depth match report as Morocco made history becoming the first African nation to reach the World Cup semi-finals with victory over Portugal; Youssef En-Neysri beat Portugal goalkeeper Diogo Costa to a cross for the winner. 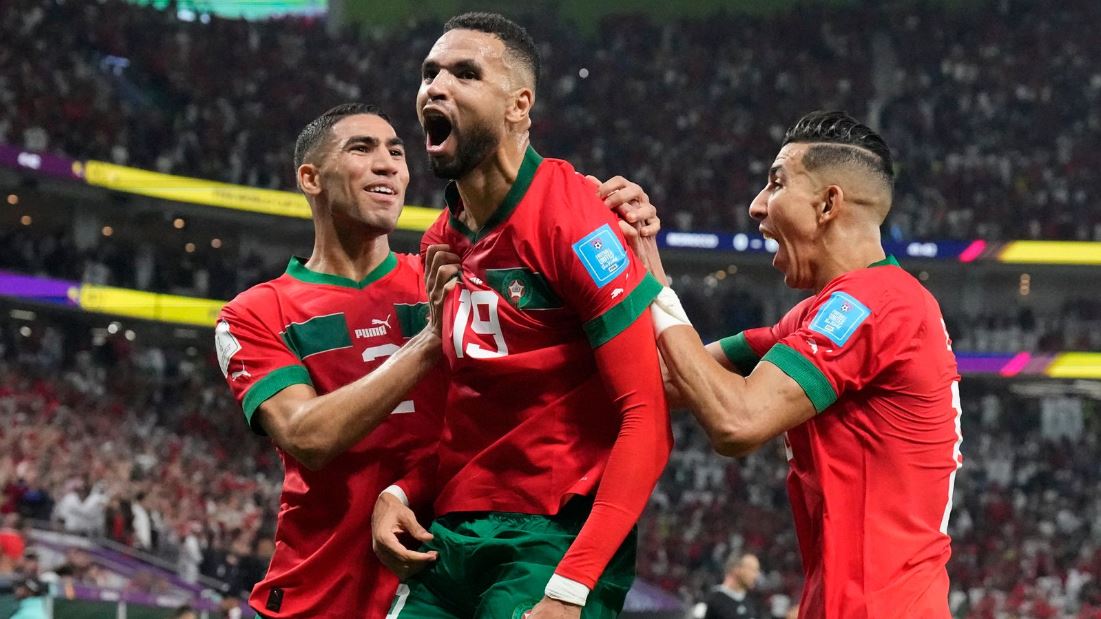 Morocco became the first African country to reach the semi-finals of the World Cup as Youssef En-Nesyri’s leaped highest to score the only goal of the game in the first half that eliminated Portugal from the World Cup. 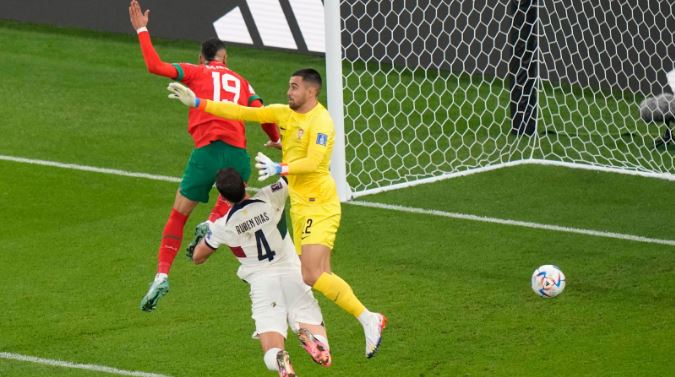 Even Cristiano Ronaldo’s arrival in the 51st minute—he was once again benched by Fernando Santos, his manager—failed to spark a Portugal comeback as Bruno Fernandes struck the crossbar and Goncalo Ramos and Bernardo Silva both missed the goal from strong positions.

MUST READ:  I have Battled With His Superiority Complex and Childishness For A Long Time-Ay Comes Hard On Basketmouth

Late in the game, Morocco needed a miracle from goalkeeper Bono who turned away shots from Ronaldo and Joao Felix while Pepe squandered a clear chance in the final minute of stoppage time.

Morocco’s unexpected journey to the semifinals—during which they defeated Belgium, Spain, and Portugal and allowed just one own goal in five World Cup games—sets up a clash with the winner of the last quarterfinal match between England and reigning World Cup holders, France. 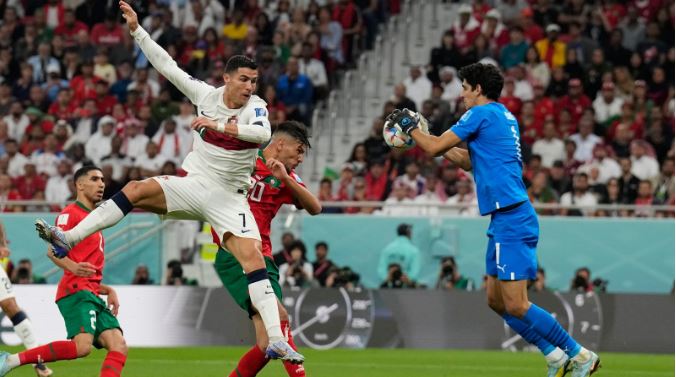