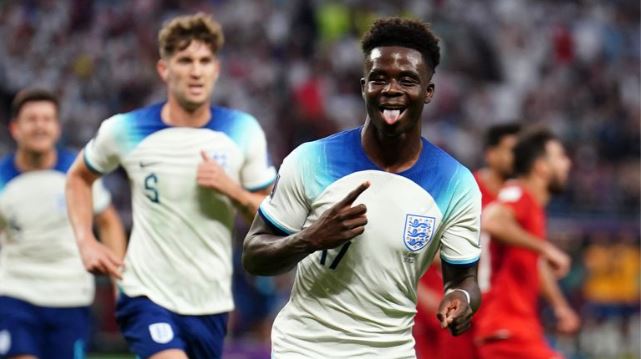 England began their World Cup Qatar 2022 campaign in a perfect fashion seeing off Iran 6-2 with ease.

The Three Lions got things started with a goal from Jude Bellingham (35), and after goals from Bukayo Saka (43) and Raheem Sterling (45+1), they had a three-goal lead at the half. 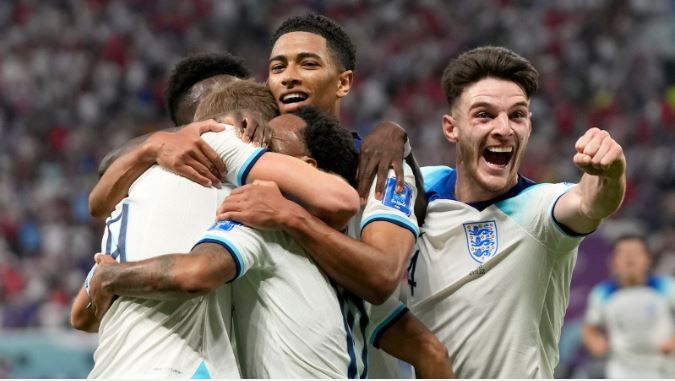 Saka added his second goal of the match for England in the second half with another deft finish (62), but Mehdi Taremi’s goal for Iran served as a wake-up call for Southgate’s team (65).

With just his third touch (71) after entering the field, replacement Marcus Rashford added a fifth goal for England, and another substitute, Jack Grealish, added a sixth (90).

A slight hiccup occurred shortly before the final whistle when referee Raphael Claus was prompted by VAR to inspect the pitchside monitor after John Stones was seen to have pulled Taremi’s jersey. When the penalty was given, Taremi handled himself well and sent Jordan Pickford to the other side.

Despite Iran’s late goal, it was the tournament start Southgate had hoped for as his team raced to the top of the standings. Southgate had received some criticism for his team’s inconsistent play leading up to the competition.

Man of the match – Bukayo Saka 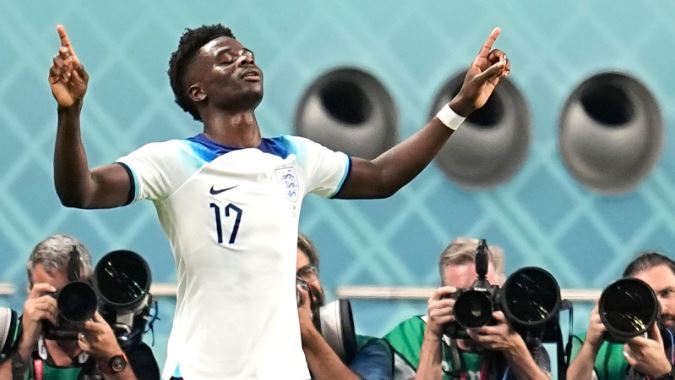 The last time Bukayo Saka touched the ball for England in a major tournament resulted in the worst moment of his professional career, but against Iran, he demonstrated that he came to the World Cup with no baggage.

The Arsenal winger, a favourite of Gareth Southgate, demonstrated why he was chosen over players like Phil Foden, Marcus Rashford, and Jack Grealish by scoring twice.

Saka can be relied upon to support his full-back while also bringing balance to the England attack with his left foot cutting in from the right. His opening goal, a stunning volley that brushed the underside of the crossbar and sparked England’s tournament into life, at the Khalifa International Stadium made all of that clear.

He demonstrated his calmness in the second half by cutting into the box and finding the bottom corner while giving the Iranian defense frequent cause for concern. 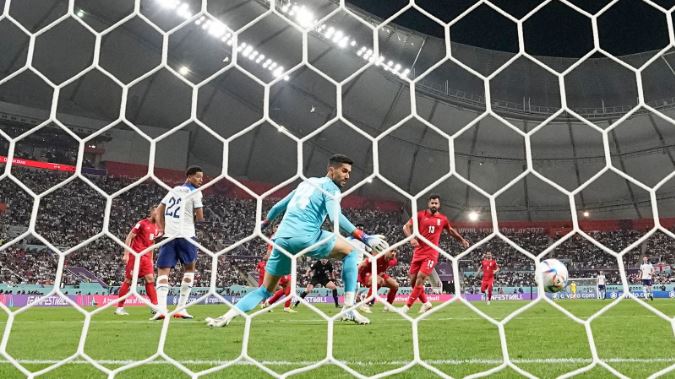 Saka, who is only 21 years old, has the knowledge and self-assurance to take a leading role for England in Qatar.