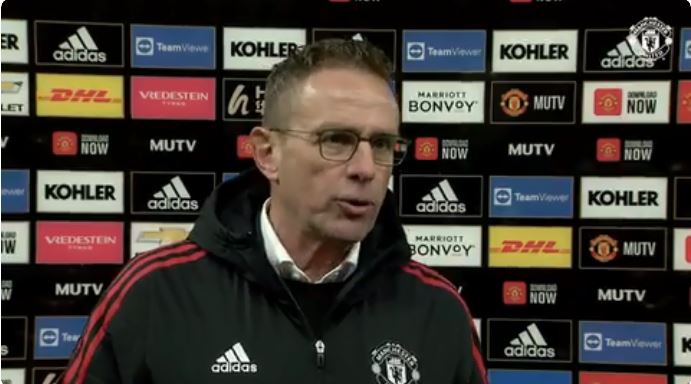 Ralf Rangnick’s reign at Manchester United got off to a winning start as Fred’s late winner overcame a stubborn Crystal Palace 1-0 at Old Trafford.

Ralf Rangnick react to 1-0  win over Crystal Palace as his reign at Manchester United began after the departure of Michael Carrick. Brazil international Fred scored the only goal in the 77th minute.

The German has only had one full training session with the players before the Premier League match, he is pleased with the messages that have already been taken up and implemented.

MUST READ:  PL:I Could Have Acted Differently-Mike Dean Admit Making A Mistake In VAR Decision During Chelsea's 2-2 Draw With Spurs

“Overall, I’m happy. I’m positively surprised how many things they brought on the pitch, bearing in mind we had not even a full training session yesterday. We had a few conversations with players individually and with the group of players.

The first half-hour was amazing I thought, with high speed, high intensity, high tempo. We were always on the front foot during the game and the only thing missing in that part of the game was missing scoring one, two or even three goals.

Then from the 30th to the 45th minute, the tempo was a bit lower but we still had control and at half-time, I just told them to keep the tempo high, keep the intensity high, keep them in our half, keep them away from our own half and our own box.

In the end, we scored a beautiful goal by Fred with his strong right foot (smiles). No, everything’s fine. In the last three minutes obviously, they took all the risks with a few corner kicks and free kicks but we defended everything well.”

IMPORTANT MESSAGE FOR THE PLAYERS…

We played with two strikers, Marcus and Cristiano upfront with Jadon and Bruno on the 10 position and for the rest of the team, it was the same position as usual. I just thought it might be better to have control in the centre of the pitch with Cristiano having a partner upfront and I think it worked out well.” 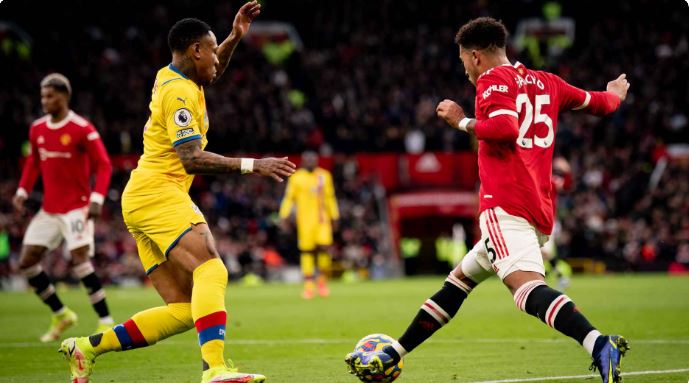