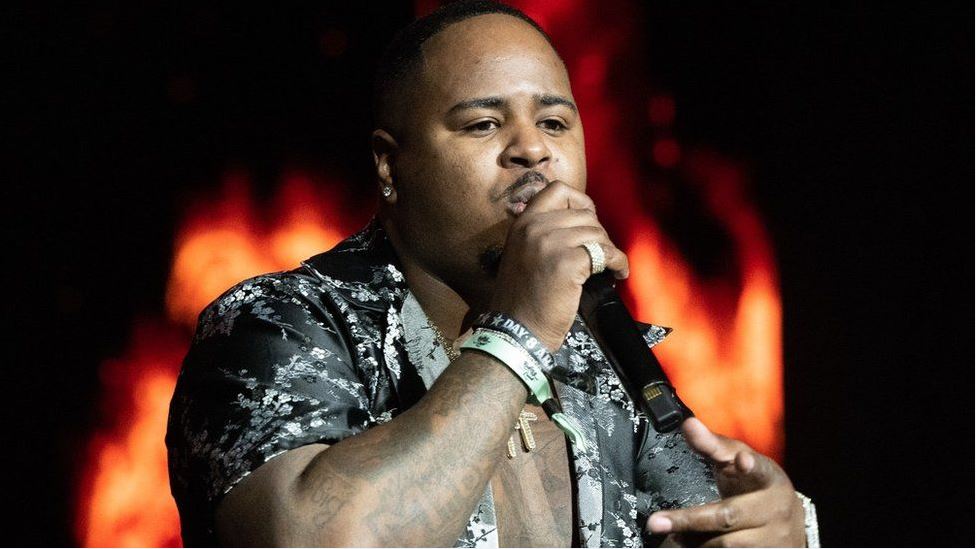 Drakeo the Ruler, a rapper from the United States, has died after being stabbed at a music festival in Los Angeles.

Rapper Drakeo dies from stabbing at LA music festival, on Saturday night, the 28-year-old, whose real name was Darrell Caldwell, was supposed to play at the Once Upon a Time in LA festival.

On Sunday morning, his publicist announced his death to many US media sites. During a backstage dispute around the time he was scheduled to perform, the performer was allegedly stabbed.

Los Angeles police are investigating, but as of Sunday morning, no arrests had been made. On Spotify, Drakeo the Ruler has over 1.5 million monthly listeners and collaborated with Canadian rapper Drake on the song Talk to Me.

Drakeo the ruler has over six hundred thousand followers on Instagram.

At around 20:40 local time on Saturday, paramedics responded to a stabbing complaint (04:40 GMT on Sunday). According to reports, the rapper was rushed to the hospital but died as a result of his injuries.

MUST READ:  Late Gospel Singer,Osinachi Nwachukwu To Be Laid To Rest On Saturday 25th June In Abia State

Live Nation, the festival’s promoter, stated that an “altercation in the roadway backstage” occurred at the event, which was also set to feature rappers 50 Cent and Snoop Dogg.

“Artists and organizers chose not to continue through with remaining sets out of respect for those affected and in coordination with local authorities, therefore the festival was closed one hour early,” it stated.

Snoop Dogg wrote on Twitter, “in my dressing room when I was informed about the incident and chose to immediately leave the festival grounds”.

“My condolences go out to the family and loved ones of Draeko the Ruler,” he said. “I’m praying for peace in hip-hop”.

As news of Drakeo’s death spread, other performers shared tributes on social media.

“Always picked my spirit up with your energy. RIP Drakeo,” Drake wrote on his Instagram stories early on Sunday.

The rapper Saweetie tweeted: “Man Drakeo was always hella cool and respectful. Prayers up for his family. RIP The Ruler.”

“Feels like we lost a rapper every week this year. There was a time when we [were] protected in th[e] community, we were treated as super heroes. Not no more.”

Drakeo was born on December 1, 1993, in South Central Los Angeles, to a single mother and is known for his odd cadence and enigmatic lyrics.

He was drawn to music as a way of avoiding the hazards of street life after spending much of his boyhood in correctional facilities.

In 2015, he produced his first mixtape, I Am Mr Mosely, which pioneered a jerky, polyrhythmic sound he dubbed “nervous music.”

He later recorded rhymes for the mixtape Thank You for Using GTL over the phone while awaiting trial in connection with the 2016 shooting death of a 24-year-old man at Men’s Central Jail.

Drakeo was acquitted later, but prosecutors wanted him retried on conspiracy charges. He accepted a plea deal and will be released in November 2020.

Drakeo claimed his goal was to “bring my mom and anybody that I can take care of out of poverty” in an interview with The Ringer immediately after his release.

“I’ve got to make sure they’ll never be hungry again. I want to teach people that no matter how difficult things are in life, anything is achievable.”

He didn’t waste any time, dropping a mixtape in late 2020 and then releasing his debut album, The Truth Huts, earlier this year.

Despite the fact that his music never charted, his colleagues regarded him as a trailblazer.

Drakeo was described as the “best west coast musician of a generation, a legend who established a new rap language of slippery cadences, jittery rhythms, and trippy lingo” by LA journalist Jeff Weiss in a tweet.

Related Topics:international celeb news
Up Next