In-depth match report as Vinicius Junior’s goal handed victory to Real Madrid over Liverpool in the Uefa Champions League final; prior to the game, there were chaotic scenes for Liverpool fans entering the Stade de France, which led to the game being delayed by more than half an hour. 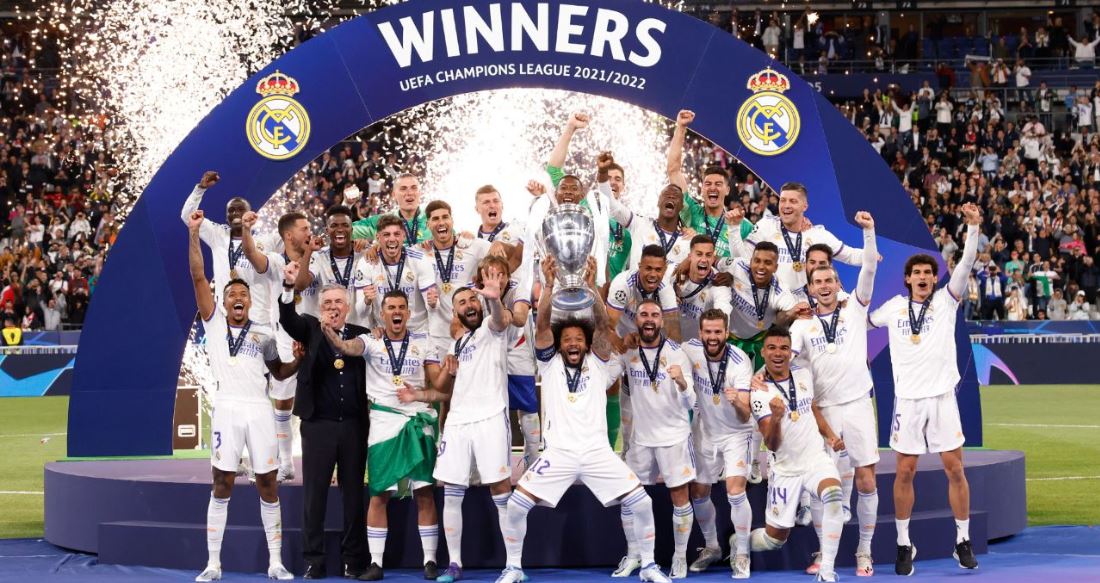 Real Madrid Real Madrid won the Uefa Champions League for the 14th time after defeating Liverpool 1-0 at the Stade de France. With an eighth consecutive UEFA Champions League (UCL) final victory, the Spaniards have won Europe’s top competition twice as many times as any other club.

Liverpool came into the game seeking to avenge the defeat suffered in the 2018 Uefa Champions League final defeat to Real Madrid but could not, after falling behind 1-0 when Vinicius ghosted in at the far post to convert Federico Valverde’s low cross in the 59th minute.

While the atmosphere inside the stadium was reaching fever pitch, a scene of carnage was unfolding outside, as a large number of fans struggled to gain entry. The subsequent 37-minute delay in kick-off did little to deter the ‘Reds,’ who took complete control of the match. Carlo Ancelotti’s men have been masters of survival during this UCL run, and those skills were put to the test as the Liverpool barrage intensified, with Mohamed Salah and Sadio Mané both testing Thibaut Courtois early on.

MUST READ:  I am not asking for crazy stuff-MO Salah on Reds contract negotiations

The Senegal international had his team’s best chance, evading Eder Milito’s challenge before firing at goal, only for Courtois to tip his effort against the post.

Real had to wait until the final seconds of overtime to find an opening on the other end. Unsurprisingly, Karim Benzema was at the heart of the action, as he ran in behind before shooting poorly, only for the ball to rebound off Fabinho and back to the Frenchman, who slotted home. The goal was ruled out for offside after a lengthy VAR review, but the scare served as a timely reminder of the Spanish champions’ threat. 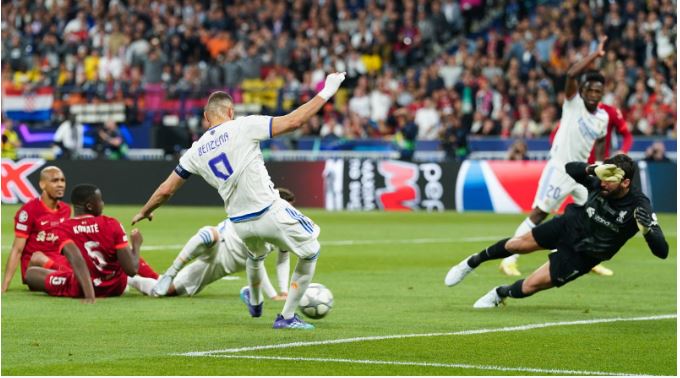 After the break, Real Madrid began to grow into the game, with Federico Valverde’s energy causing problems on the right. Real would open the scoring on the hour mark after withstanding the first-half onslaught. Valverde’s driven cross caught Trent Alexander-Arnold at the far post off guard, allowing Vinicius Junior to tap in from close range. With his 22nd goal of the season, the Brazilian put his team in unfamiliar territory, defending a lead in the final stages rather than chasing another miraculous comeback.

Liverpool is no stranger to mounting comebacks on big European nights, and it took all of their experience to break down a tenacious Real Madrid defence. Salah had been denied service since HT, but he still had magical moments, such as cutting inside from the right before curling a shot towards the far corner, only for Courtois to meet it with a strong hand to beat it away.

Mo Salah appeared determined to make an impact after his last meeting with Real was cut short due to injury, but Courtois stood firm, making another remarkable save to deny the Egyptian late on. Despite their best efforts, Liverpool was unable to advance, falling at the final UCL hurdle to the same opponent for the second time in five years.

Ancelotti’s fourth European title as a manager is an all-time high, and he oversaw one of the great UCL campaigns. Real Madrid won their third trophy of a historic season, defeating Inter Milan, PSG, Manchester City, and Liverpool along the way.

Thoughts of Carlo Ancelotti after the game

Carlo: I am the Record Man 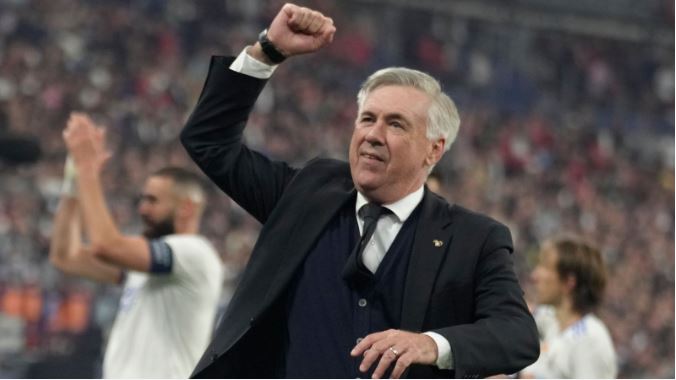 Real Madrid boss Carlo Ancelotti described himself as “the record man” and hailed his side’s victory as he became the first manager to win the Uefa Champions League for the fourth time.

“I can’t believe it. We’ve had a fantastic season,” he said.

“We suffered a lot in the first half but in the end, we deserved to win this competition.

“I am the record man. I had the luck to come here last year and found as usual a fantastic club with a really good squad with a lot of quality and mental character.

“The season was top.”