In-depth match report as 13th-time winners of UCL, Real Madrid produce one of the most heroic comebacks to defeat Manchester City and reach the Uefa Champions League final; Rodrygo scored twice in the final two minutes to send the tie to extra-time; Karim Benzema scored the winner from the penalty spot to set up a final against Liverpool in Paris on May 28th.

Real Madrid produced an extraordinary late comeback against Manchester City to set up a Uefa Champions League final against Liverpool,four-time winner of the competition, Karim Benzema’s calm penalty kick in extra time gave them a magnificent 6-5 aggregate win over City. 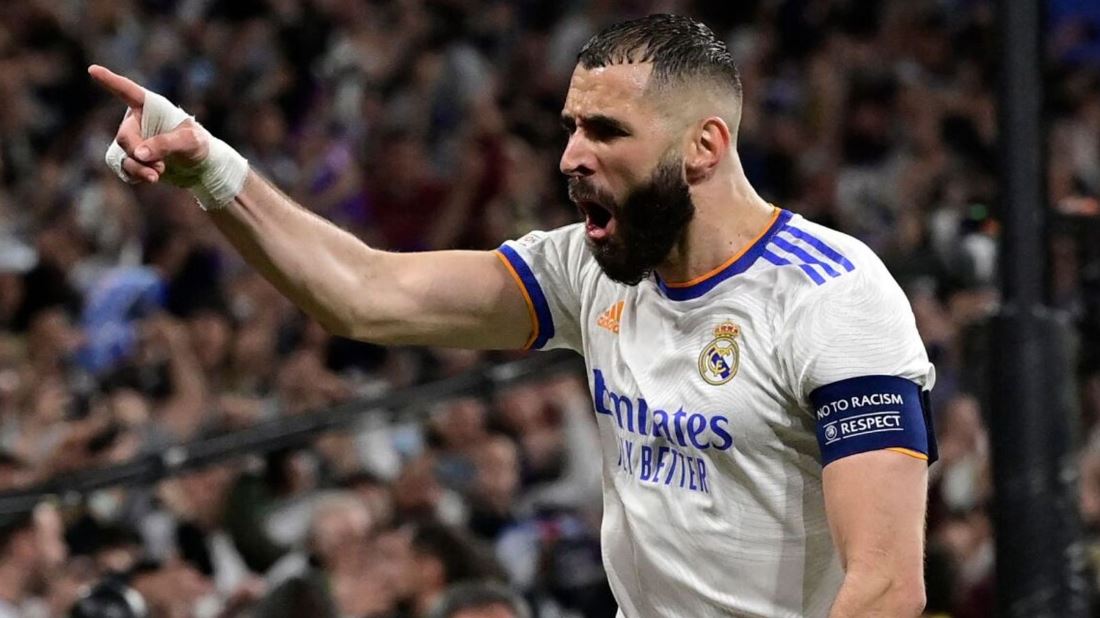 The most decorated UCL team were behind 5-3 on aggregate heading into the 90th minute at the Bernabeu after Riyad Mahrez had given Man City the lead in the 73rd minute.

Following a seven-goal thriller at the Etihad Stadium in the first leg, the added pressure of a second leg resulted in a much more cagey affair in Madrid. In the competition’s history, ‘Los Blancos’ had never overcome a first-leg deficit to reach the final, but a raucous crowd was behind them after they were crowned Spanish champions over the weekend.

Pep Guardiola’s men were on the ascendency and began to test Thibaut Courtois in the Real Madrid goal. City’s trademark high press won them possession inside the final third before a brilliant Kevin De Bruyne pass set up Bernardo Silva for a huge chance, which the Belgian goalkeeper denied at the near post.

The break came at an ideal time for the hosts, who had failed to register a single shot on goal in the first half. A flurry following the restart produced no results before a devastating City counter broke the deadlock. Substitutes Oleksandr Zinchenko and lkay Gündoan were crucial in the visitors’ goal. An incisive move from the back created space in the middle of the park for Silva, who slotted in Riyad Mahrez, who fired in at the near post – the Algerian’s 24th goal of the season, only surpassed by Mohamed Salah for a Premier League side in all competitions.

Real had to wait until the 90th minute for a shot on goal, but they made the most of it. After Karim Benzema miraculously steered a cross into the path of Rodrygo for a tap-in, a couple of costly misses from Jack Grealish threatened to haunt City. Guardiola’s worst nightmare came true moments later, when Dani Carvajal’s cross found Rodrygo again, who directed a world-class header past Ederson, sending the game into extra time. 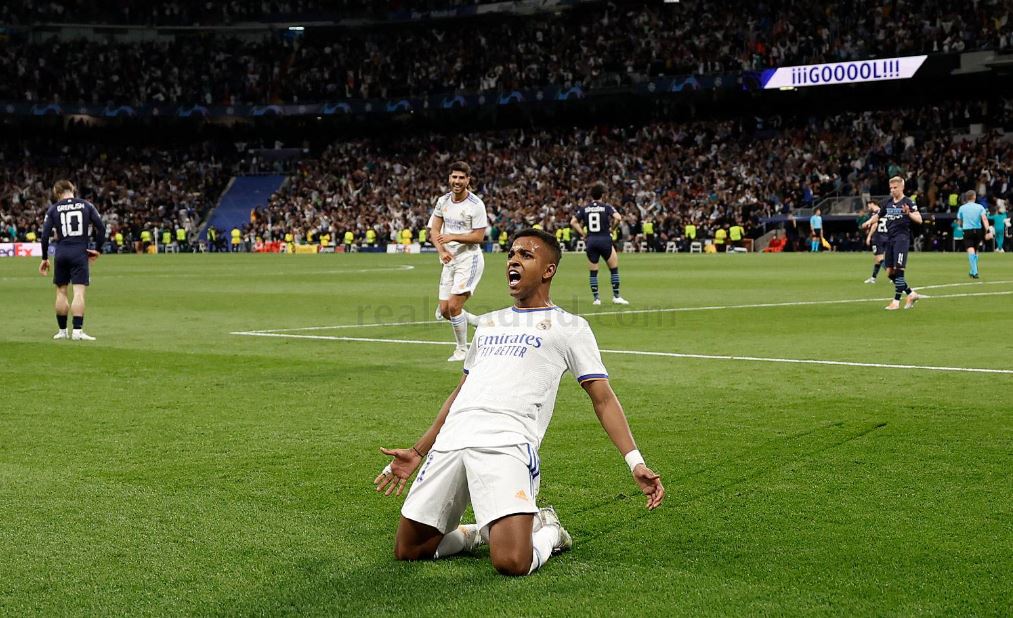 Rodrygo continued where he left off, picking out Benzema in the box before the Frenchman was tripped by Ruben Dias inside the box. After dispatching a Panenka from 12 yards in the first leg, he would not take any chances this time, slotting his penalty into the bottom corner to advance Real to the final. Benzema’s penalty kick was his 10th goal in the knockout stages, tying him with Cristiano Ronaldo in another UCL classic. Another incredible comeback means the 13-time European champions will face Liverpool in a rematch of 2018 final in Paris. 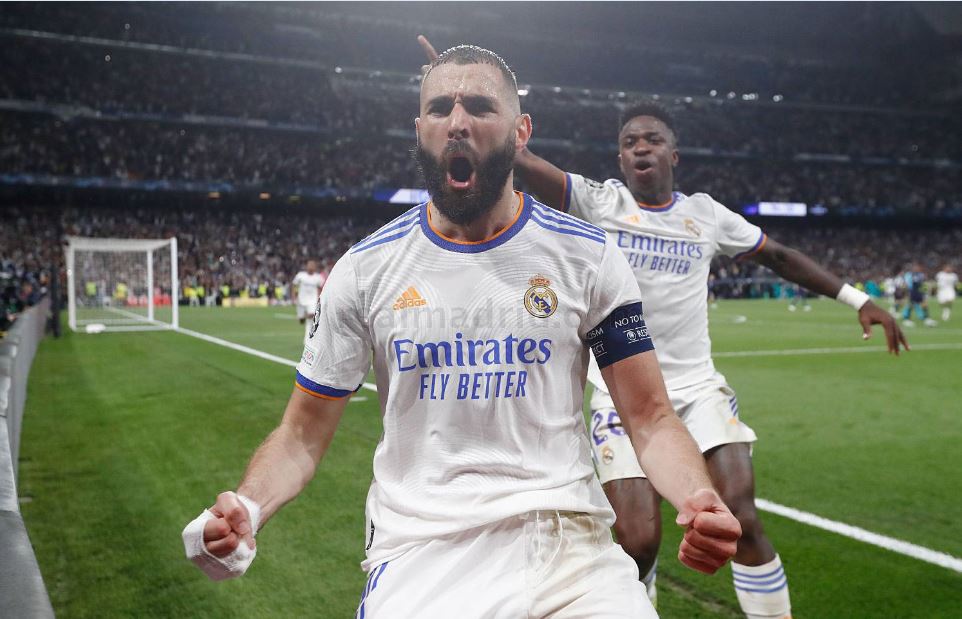 Real Madrid boss Carlo Ancelotti, said to BT Sport: “I cannot say we are used to living this kind of life, but what happened tonight happened against Chelsea and also against PSG.

“If you have to say why it is the history of this club that helps us to keep going when it seems that we are gone.

“The game was close to finished and we managed to find the last energy we had. We played a good game against a strong rival. When we are able to equalise we had a psychological advantage in extra time.

“I have no time to think about this [losing the game]. It was difficult as City had control of the game but at the last opportunity, we were able to go to extra time.

“I am happy to be there in the final, in Paris against another great rival. We are used to it. It will be a fantastic game for football.”

Pep Guardiola: We were close

“It is simple. In the first half, we did not have the game, we were not good enough. But we did not suffer much. After we scored the goal we were better. We found our tempo and our game and the players were comfortable.

“It is not like in the last 10 minutes they attack and attack and you suffer. It didn’t happen. They put a lot of players in the box, with [Eder] Militao, Rodrygo, Vinicius, Benzema and they put in crosses and scored two goals.

“We didn’t play our best, but it is normal, a semi-final, the players feel the pressure and want to do it. Football is unpredictable, it is a game like this. We have to accept it.

“Now we need to process that and come back, with our people at home and the last four games we have.”

Manchester City is back in Premier League action on Sunday as they host Newcastle, kick-off at 4.30 pm. City plays a day after their title rivals Liverpool, who could be above them come kick-off if they avoid defeat at home to Tottenham on Saturday night. Crowned Laliga Champions Real Madrid will be away at rivals Atletico Madrid kick-off at 8:00 pm.