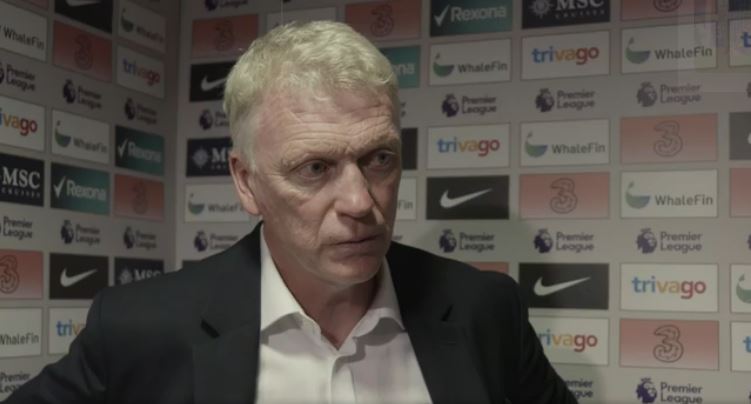 David Moyes has had many frustrating moments as a player and manager in his 40-year career, but few would have left the Scot more frustrated than the decision to rule out Maxwel Cornet’s last-minute equalizer in Saturday’s 2-1 Premier League defeat at Chelsea.

Moyes’s team was denied a point after referee Andy Madley ruled Edouard Mendy had been fouled.

“It was a ridiculously bad decision,” Westham manager labels call.

After looking at the monitor, Madley ruled out the goal, much to Moyes’ chagrin.

Moyes’s words after the game read: “It is a scandalous decision, absolutely rotten from one of the supposedly elite referees,”

“It doesn’t say much about whoever sent him over from VAR as well. It is an unbelievable decision against us.

Moyes continued his protests against the decision in his press conference, saying he has “lost faith” in the refereeing in the game and hitting out at Mendy for “faking an injury”.

“The goalkeeper comes to take it and fumbles it out of his hands,” said Moyes.

“Then he acted as if it was a shoulder injury. I’m amazed that VAR sent the referee to the screen. It was a ridiculously bad decision.

“Today there is no excuse for that not to be a goal, none whatsoever. The sad thing is that this is the level of our elite refereeing at the moment.

“They’ve got new people in charge who are trying to do something. I’ve lost faith in them today in the people who are putting up for VAR. After watching it, I can’t see how the goal was not given.

“The referees said they were going to cut back on soft challenges and that was unbelievably soft.

“Referees can make mistakes. I do not see that in a million years. I’m more embarrassed for the guy in VAR than the referee because that’s telling me someone who doesn’t understand football and shouldn’t be near the game if that is enough to put someone near the screen.”

However his counterpart, Thomas Tuchel said “It was a clear foul on the goalkeeper.”