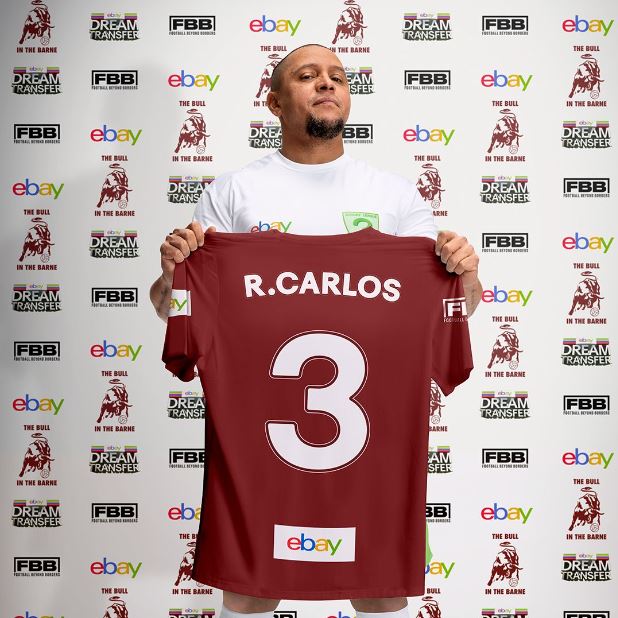 MUST READ:  England players booed in hungary as they took a knee before their world cup qualifier match

Seven years after retiring from the game, the 48-year-old and current Real Madrid ambassador will make a substitute appearance in the Shrewsbury & District Sunday Football League.

Roberto Carlos was a forerunner of the modern-day full-back position, joining Real Madrid in 1996 after a brief time at Inter Milan, and earning 125 caps for the Brazil national team over a 15-year period.

Will he stop by the local for a pint? Will he go to the Shrewsbury museum and art gallery, or will he do something more cultural?