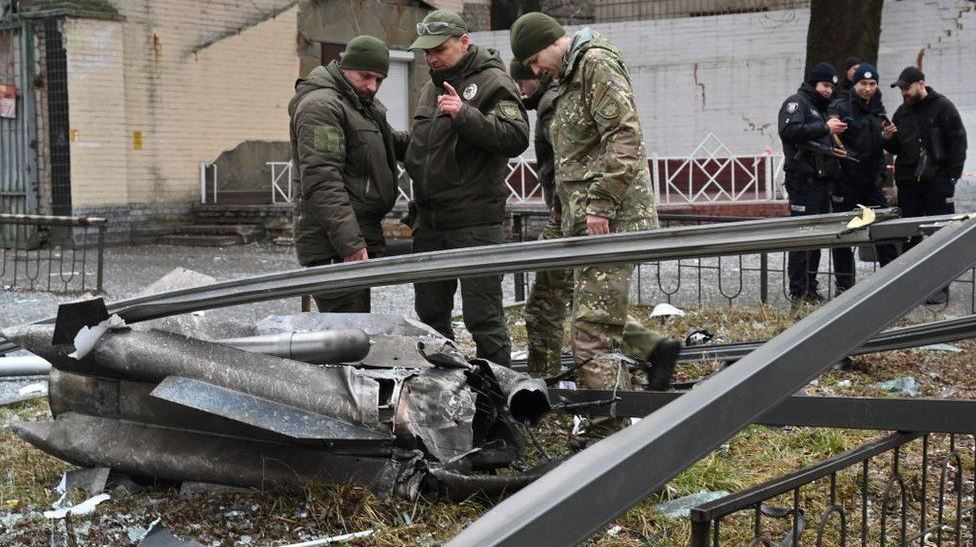 Russian state television suddenly broadcast an address by Russian President Vladimir Putin before the crack of the morning, just as explosions began in places across Ukraine.

Ukraine said in a statement that “Putin has launched a full-scale invasion of Ukraine”.

Russian military vehicles are claimed to have crossed the border in a variety of locations, including Belarus, in the north, south, and east. According to officials, at least seven individuals have been killed in Russian strikes. Another 19 people have gone missing.

Martial law has been declared throughout Ukraine, according to President Volodymyr Zelensky.

The Ukrainian leader said in a video statement.”No panic. We’re strong. We’re ready for anything. We’ll defeat everyone because we are Ukraine,

MUST READ:  "At 32 I have had sex with over a hundred men,I am not ashamed"-Chubby Ghanaian media personality,Abena Korkor

In the vanguard of Russia’s attack, he had made a last-ditch attempt to avert war, warning that Russia could start “a major war in Europe” and urging Russian citizens to oppose it.

Warning sirens sounded throughout the capital, which has a population of about three million people.

During the night, traffic waited to exit the city, while throngs sought refuge in the Kyiv subway. Several neighbouring nations have started making plans to accept a substantial number of refugees.

Vladimir Putin characterized the “special military operation” in limited terms, to protect people living in Donbas who, he claimed, had been subjected to “genocide,” a charge that Ukraine has strongly denied. But in the next breath, he lashed out more broadly: “NATO supports Ukrainian neo-Nazis … our actions are self-defence against threats.”

Then, in an unexpected paragraph, he addressed members of Ukraine’s military, who were in the crosshairs of Russian forces at the time. Calling  them as “dear comrades,” he told them they had taken an “oath of allegiance to the Ukrainian people, and not to the anti-people junta that is robbing Ukraine and abuses those same people.”

“Don’t follow its criminal orders!” he demanded. “I urge you to lay down your weapons and go home.”

Putin stated as he has many times before, that Russia has no choice but to defend itself. With a hard-edged tone in his voice, Putin appeared to threaten the United States, Europe, and NATO, which would watch his military forces commencing fire on Ukraine in just a few minutes, something the Kremlin has always denounced as western aggression, “melodrama”

“Whoever tries to interfere with us, and even more so, to create threats for our country, for our people, should know that Russia’s response will be immediate and will lead you to such consequences that you have never experienced in your history.

“We are ready for any development of events. All necessary decisions in this regard have been made.”

Putin, who had chastised the West for disregarding his objections about NATO’s expansion near Russia’s borders for years, was finally retaliating with vengeance. “I hope,” he concluded his short address, “that I have been heard.”