Aston Villa 0-1 Arsenal: England international Bukayo Saka’s first-half goal was enough for the Gunners to get all three points at Villa Park and strengthen their hold on fourth place.

An in-depth report from the Premier League clash between Aston Villa and Arsenal at Villa Park; Bukayo Saka’s fifth away league goal of the season helps Gunners strengthen four-point cushion in fourth place and secured five consecutive away Premier League wins for the first time since May 2015. 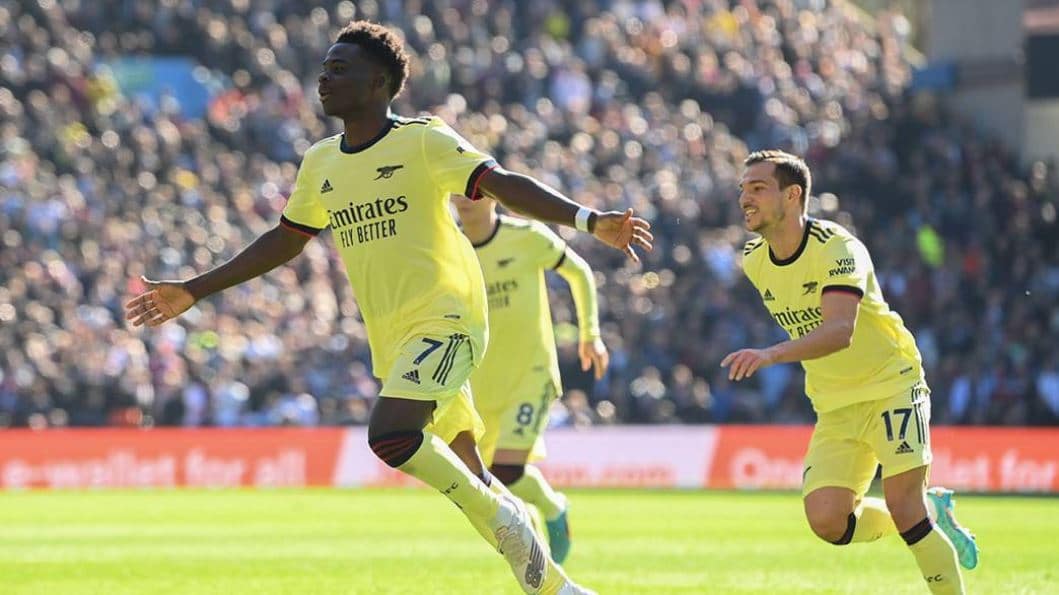 Saka on target as Arsenal beat Villa 1-0, achieving a fifth consecutive Premier League (PL) away win for the first time since May 2015.

Aston Villa and Arsenal have improved significantly this season, but it was the ‘Gunners’ who showed it in a dominant first period. Mikel Arteta’s team looked comfortable at Villa Park, controlling possession and keeping the ‘Villans’ confined to their own half. Bukayo Saka was Villa’s main source of problems, terrorizing stand-in left-back Ashley Young and combining well with Martin Odegaard.

Arsenal took a deserved lead after half an hour of dominance and signs of taking the lead. Cédric Soares whipped in a cross that eventually broke to Saka, who buried his effort from the edge of the box past Emiliano Martnez – Arsenal’s 2000th PL goal. Tyrone Mings escaped a red card for a robust challenge on Saka, which left the 20-year-old in obvious pain. Despite only having two touches in the Arsenal box, Villa’s biggest advantage at halftime was that the ‘Gunners’ had only scored one goal. 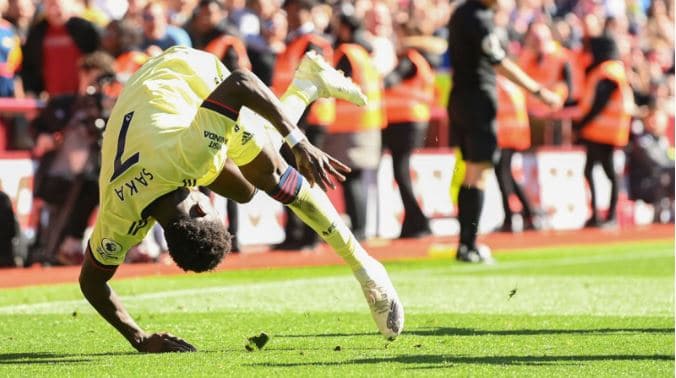 After half time, the hosts took a more proactive approach in an attempt to turn the tide. In the first half, John McGinn twice delivered inviting crosses from free-kicks and came inches away from tying the game with a curled attempt an hour in. As Arsenal was forced to retreat, Aston Villa’s confidence grew, allowing Ollie Watkins to find space for a shot that deflected off the post.

As the full-time whistle approached, Steven Gerrard rolled the dice, bringing on Bertrand Traoré, Leon Bailey, and Danny Ings, while Arteta withdrew the bearing-scars Saka. The Villa changes, however, were not the catalyst for a comeback, as the visitors regained control and won a hard-fought victory. The result keeps Arsenal in contention for fourth place and a return to the Uefa Champions League for the first time since Arsène Wenger’s departure. Meanwhile, Villa’s hopes of achieving their highest Premier League finish in over a decade are dashed as they face mid-table obscurity.

5 – Bukayo Saka (20 years 195 days) is the youngest Englishman to score five away goals in a single Premier League season for Arsenal. Starring. pic.twitter.com/Oe8mQ1BaT5

Gerrard: We were really indecisive

Aston Villa boss Steven Gerrard said: “We were really indecisive first half, and lacked belief collectively. We were dominated and second best, but still in a position at half-time to do something about it.

“We improved second half and believed more. As the game went on, we got into better positions. We improved, but no complaints about the scoreline. I don’t think teams like Arsenal are a step too far, but there is a gap we need to close. We are working on that. We’ve got to make it a lot more difficult in the first half because the reaction we got was much more like us.

“Do I think we deserved to win? No, but I believe we should have got a draw out of the game.”

Arteta: We showed the resilience to win

Arsenal boss Arteta said: “It’s a very big win for us. I thought we played fantastically well, but we didn’t put the game to bed when we had the chances. Then you suffer, but we showed the resilience to win.

“Villa is a very good team and to come here is always extremely difficult. We managed to do the things we wanted to do in the match and I think we deserved to win the game.

Aston Villa returns to Premier League action against Wolves at Molineux on Saturday, April 2 at 3 p.m, following the international break.