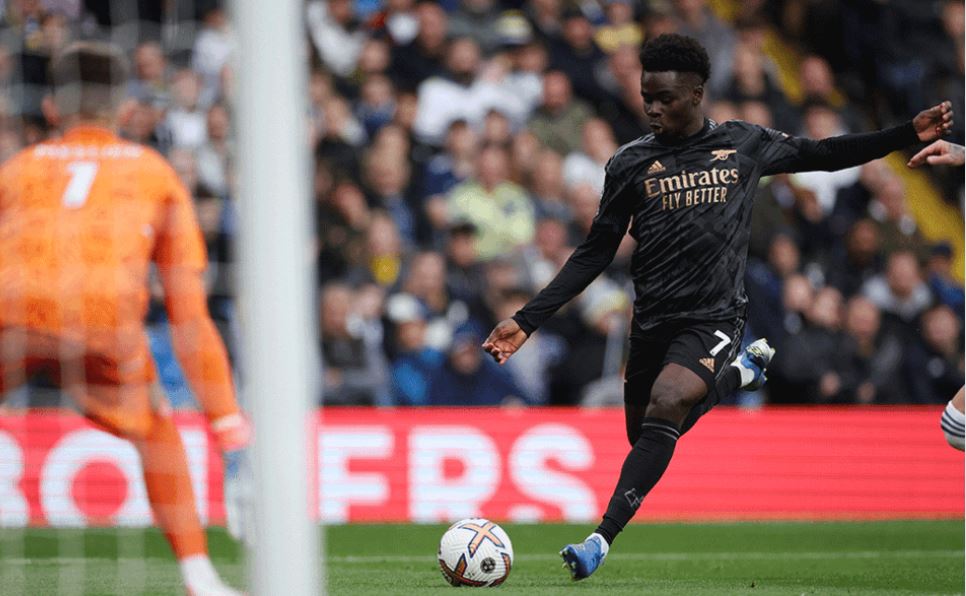 Match report as Bukayo Saka keeps Arsenal at the top of the Premier League with a goal from a tight angle.

Bukayo Saka provided the spark in a game delayed 40 minutes due to a power outage to beat Leeds United – but that only told half the story of a frantic encounter at Elland Road.

On 35 minutes, the attacker rifled in the game’s only goal to ensure the Gunners won nine of their first ten top-flight games for the first time ever, but this was far from a routine victory as the hosts pushed the away team all the way.

The visitor was given a reprieve in the second half when Patrick Bamford missed a penalty, and Arsenal also survived a VAR penalty check deep into stoppage time to maintain their lead at the top of the Premier League table.

It was an unusual start to the game when, after only 68 seconds, a power outage within the stadium forced Chris Kavanagh to halt play. After a 10-minute warm-up, he sent both teams back down the tunnel, and the game would be delayed for 40 minutes.

The hosts adjust better to the disruption, as evidenced by Luis Sinisterra driving forward and shooting just wide shortly after the restart before the Colombian saw another drive from distance clip Ben White and hit the side netting.

Ramsdale saved smartly from Pascal Struijk from the resulting corner before Arsenal sprung a counter-attack that saw Gabriel Jesus dink the ball over Illan Meslier from close range, but also the crossbar.

But the sight of the goal boosted the away team’s confidence, and they took the lead 10 minutes before the break. Rodrigo’s errant crossfield pass was intercepted by Saka, who nodded it to Martin Odegaard, who threaded a pass back into the attacker’s path, allowing him to lash into the roof of the net from a tight angle and score for the third game in a row.

Arsenal went into the break ahead, but Bamford’s introduction from the bench lifted the crowd and his team, who would have the better of the chances in the second half.

Bamford thought he’d made an immediate impact when he hooked the ball in less than a minute into the second half, but the goal was ruled out for a foul on Gabriel. 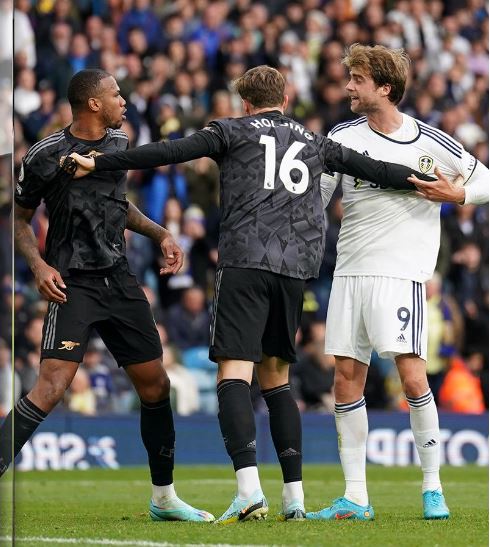 Ramsdale was then forced to make a good save to deny Leeds’ talisman when he pounced on a loose ball, but our keeper made himself big to snuff out the opportunity, but on the hour mark, he was presented with a golden opportunity to bring his team level.

After a VAR check, a penalty was awarded after Jack Harrison clipped a pass over Arsenal’s defence and William Saliba handled the ball, but Bamford dragged his effort wide of the post. 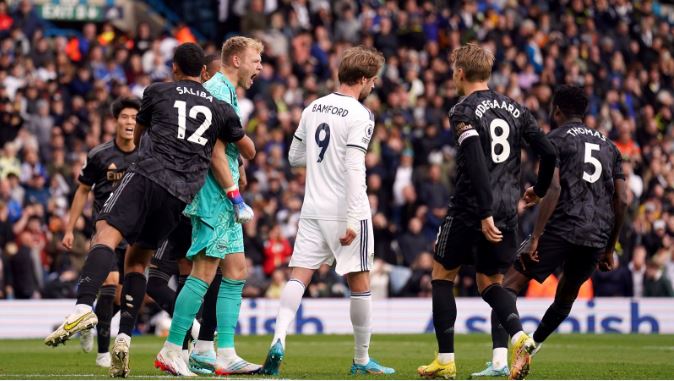 But Jesse Marsch’s team continued to create chances, and Sinistirra had a shot blocked by Gabriel before Brenden Aaronson tested Ramsdale with a long-range shot that our shot-stopper did well to push around the post.

Crysencio Summerville blasted over a cutback when well-placed inside the area a few minutes later, but there was more drama deep into stoppage time.

After a collision between Bramford and Gabriel, Kavanagh awarded the home side a second penalty and red-carded the defender, but after being summoned to the VAR, he reversed his decision, ensuring that the visitors returned to north London with three points.

Managers thought after the game 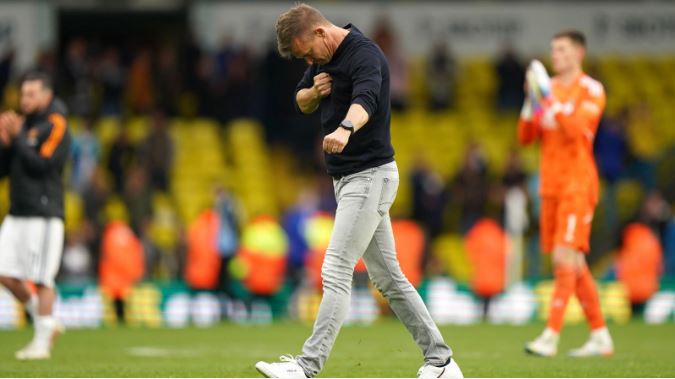 “Disappointed and frustrated a bit – however also proud of the way we played,” Marsch said.

“We’ve had a number of games where we’ve been on top of things and been the better team and we don’t find ways to get goals we deserve.

“And then it keeps the opponent around and it gives them the chance to have a goal or the lead which makes the sport feel very cruel. We need to get better in the final third.” 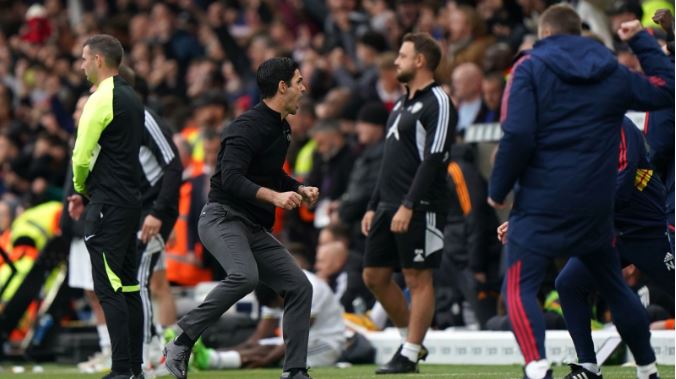 Arsenal manager Arteta acknowledged the use of video technology was “important” for his side’s victory.
“If you go to the MLS, it’s common,” said Arteta about the 40-minute stoppage.

“When we go there for pre-season, the game can be delayed for thunderstorms, waiting for three or five hours.

“We are not used to that and have to adapt and it was important because VAR was really important and if we played without it, it would have been a different game.”

Arteta praised the resilience his side showed in big moments on Sunday afternoon, especially after travelling back from northern Norway after their Europa League match Bodo/Glimt just 48 hours earlier.

“It’s always hectic here. It’s not a coincidence winning like this, [with] the character showed, the personality showed and the desire to play.

“There were some players who were really struggling on Thursday night, we spent Thursday night in Norway, to then come to Leeds and win both games away from home? Big credit to the players and shows how we are as a team. You have to be able to win in any context.”

Leeds is back in action on Thursday when they travel to the King Power Stadium to take on Leicester, with kick-off at 8.15 pm while Arsenal host PSV Eindhoven in the Europa League on Thursday night as the top two in group A clash, before returning to Premier league action with a trip to Southampton on Sunday, October 23 with kick-off at 2.00 pm.

Related Topics:EPL Updates
Up Next