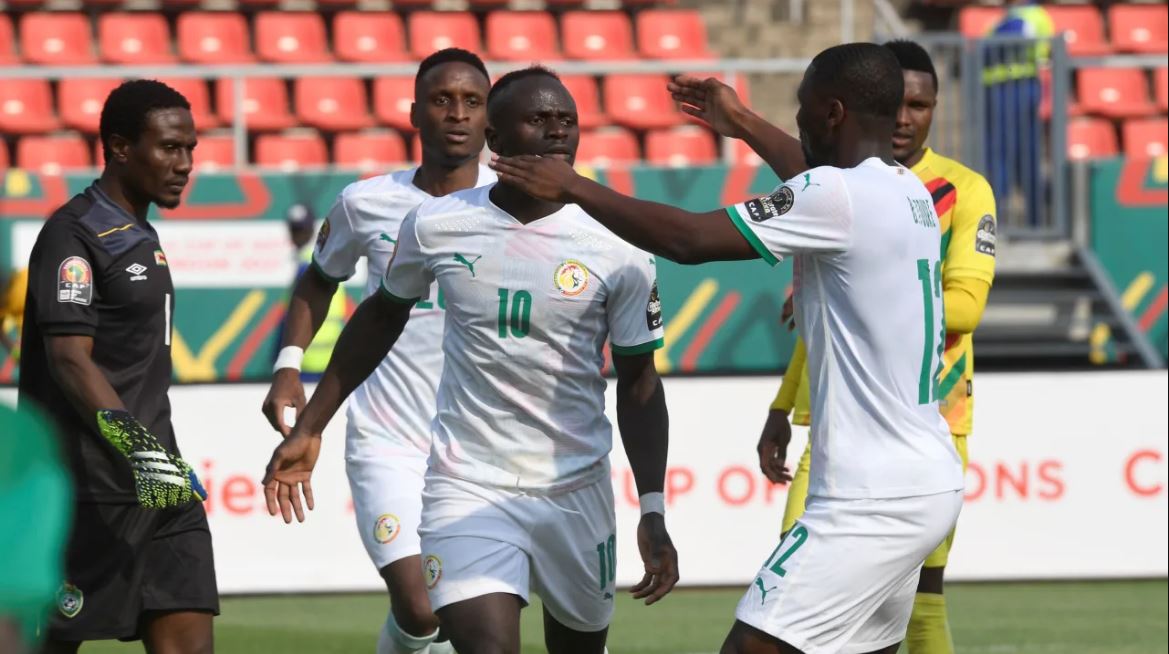 Senegal 1-0 Zimbabwe: The Lions of Teranga beat Warriors of Zimbabwe 1-0 in their opening Africa Cup of Nations match at the Kouekong Stadium in Baffoussam, thanks to a late penalty from Sadio Mane. Sadio has now scored twenty-seven international goals.

Senegal 1-0 Zimbabwe: Due to a number of positive coronavirus tests, the ‘Lions of Teranga’ were missing nine players, including Chelsea goalkeeper Édouard Mendy and captain Kalidou Koulibaly. They were, however, predicted to be too strong for their first opponents, who had not won a match in the tournament since 2006. Senegal had the stronger start and had a chance to score as early as the opening minute, but Bouna Sarr’s drive was just wide.

In an otherwise poor-quality game, Mané was clearly the guy around whom Senegal’s offensive circled, and he set up chances for Keita Baldé and Bouna Sarr, but neither could find the target.

When released by stand-in goalkeeper Seny Dieng’s clearance, the Liverpool winger had arguably the best chance, and he should have done better than stroke the ball straight into the grateful hands of Petros Mhari.

Norman Mapeza’s side gained confidence, with Kendai Benyu having a shot blocked and Knowledge Musona forcing Dieng into a save, but the 2019 runners-up should have broken the deadlock just before halftime when Mané squared for Idrissa Gueye, only for the Paris Saint-Germain midfielder to take a heavy touch in the box and squander the chance.

Aliou Cissé’s side came within a whisker of making it 1-0 just a couple of minutes into the second period, with Pape Abou Cissé holding his head in his hands after nodding wide from a corner with Mhari in no man’s land. With about 20 minutes remaining, another header from Abdou Diallo went wide.

Mhari cut out Habib Diallo’s cross intended for Mané, and Teenage Habede came close to securing a shock result late on. On Musona’s set-piece, however, the centre-back was unable to make a clean connection. When Pape Gueye’s shot touched Kelvin Madzongwe’s arm in the box, referee Mario Escobar gave a last-gasp penalty, and Mané stepped up to break Zimbabwe’s hearts in the 97th minute after VAR backed up the official’s ruling. On 14 January, the ‘Warriors’ will face Malawi, while Senegal will face Guinea earlier that day.