Singer Davido and his fiancee, Chioma share a passionate kiss at a club in London 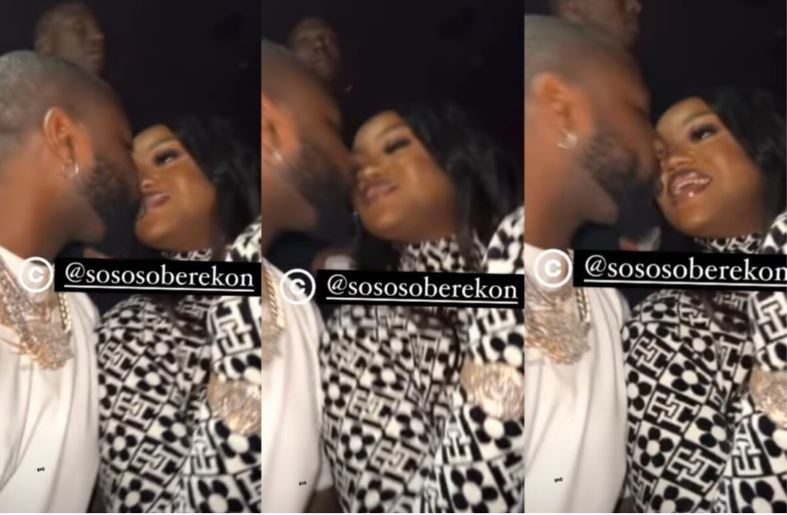 Davido and Chioma were seen in a video on social media kissing passionately at a club in London.

MUST READ:  "It Is You And No One Else"-Temi Otedola Profess Undying Love For Mr Eazi(Photos and Video)

Recall that Davido and Chioma’s relationship ended up in a messy way, owing to allegations of sex scandals. Following the breakup, the duo unfollowed each other on Instagram.

According to King Patrick, Peruzzi’s former label owner, Davido’s friend Peruzzi convinced him (Davido) that he and Chioma were related when they were lovers. Peruzzi allegedly only used Davido as a prostitute before he fell head over heels in love with Chioma.

Davido complicated the issue when he questioned if Ifeanyi, the child he had with Chioma, was truly his.

But Chioma had remained completely silent throughout. She only posted a selfie, but fans immediately began to pray for her and offer her advice. As a result, things fell apart, and the couple split up.

MUST READ:  My Healing Began When I Stopped Having Sex With My Husband-Kaffy Recounts Troubles Of Her Failed Marriage

Meanwhile, all this seems to have been laid to rest with Davido confirming in a recent video that he will be marrying Chioma come 2023.

Afrobeat singer Burna Boy links up with Beyoncé in Paris(video)